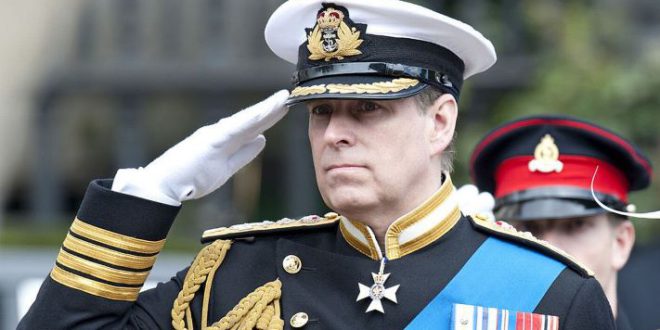 The Queen agreed to help Prince Andrew settle his civil sex case by personally making a £2million donation to Virginia Giuffre’s charity, The Mirror has revealed.

And it has emerged that she is allowing her shamed son to remain as Queen’s Counsellor of State and keep his dukedom and service rank of Vice-Admiral, despite pressure to strip him of all remaining privileges.

Under the terms of the £2m deal arranged by the Queen’s most senior advisors and the Duke of York’s legal team, the Queen agreed to help Andrew as long as she was not connected to any personal payment to Ms Giuffre, it is understood.

A royal source said: “She could not be seen to be making a payment to a victim of sexual assault, who accused her son of being an abuser.

“But a deal was structured in such a way to arrange a sizeable financial contribution to the settlement by way of a charitable donation instead.”

The settlement was hailed as a “victory” for Virginia Giuffre ( Image: PA)

There are growing calls for clarity on exactly how Andrew will fund the £12million payout, with demands that none of it be paid from public money.

David McClure, author of The Queen’s True Worth, told the Mirror: “The sums involved in Prince Andrew’s settlement are extraordinary so the public do have a right to know if public money, or indeed the Queen’s personal funds, were used. But I wouldn’t hold your breath.”

The Queen and Prince Charles jointly weighed in on Andrew, putting him under intense pressure after he was last month ordered to face a civil trial by jury in the United States.

The subsequent £12million settlement with Virginia Giuffre, who claimed she was forced to have sex with Andrew on three occasions in 2001 after being trafficked by his paedophile pal Jeffrey Epstein and Ghislaine Maxwell, was the result of intense negotiations between both sides, which were finalised on Monday.

A source with knowledge of the “complex” deal suggested it was only signed after Andrew was able to provide proof that the remaining funds would be available from the £17m sale of a Swiss chalet he owned with his former wife Sarah Ferguson.

The Duke’s only known asset was bought with Sarah in 2014 with a mortgage, on top of private funding from the Queen.

Andrew, 61, is in the final stages of completing the sale of the property in Verbier to a European investor.

But he still owes around £6m to the chalet’s former owner, who previously threatened him with court action over the unpaid debt.

The deal with Virginia Giuffre was further complicated, the source adds, by the insistence that Andrew place the money into an “escrow account”, used by a third party to keep the funds safe before a final transaction.

Ms Giuffre’s legal bills, believed to be in the region of £3m, are understood to be included in the settlement.

Reports have suggested the Queen’s contribution would come out of the income from her private Duchy of Lancaster estate, which pays her more than £23m a year.

The source of Andrew’s personal wealth has long been a mystery. His Navy pension of around £30,000 and annual £250,000 stipend from the Queen are barely enough to satisfy his standard of living.

The terms of the deal prevent either side from discussing the case or the settlement itself in public, but experts suggest the public have a right to know where the £12m will come from.

Graham Smith, chief executive of anti-monarchy group Republic, said: “The Duchy of Lancaster belongs to The Crown and it gives the Queen something like £20m a year. Money that should be going to the Treasury.

“Most of the money they have comes from us in one way or another.

“Whichever way you work it out, it’s ultimately us who are paying for Andrew to save himself from a court appearance.” Royal finances expert

David McClure said there had been debate as to whether the public had a right to the Queen’s Duchy money. He told the Mirror: “There have been various attempts over several hundred years to have it passed over to Parliament, but none have been successful.

“Even despite the numerous attempts to be more transparent with royal finances, the Duchy money is always left alone. The Queen sees it as her own personal funds and it is indeed a very lucrative cash cow for the monarchy.”

Former Shadow Justice Secretary Richard Burgon said: “It must urgently be clarified that not a single penny of public money will go towards Prince Andrew settling the sexual assault civil case.

“Given the very serious nature of that case, neither money from the public grant given to the Royal Family nor any other funds they receive as a result of the public positions they hold should be used.”

The decision, made by Buckingham Palace, to allow Andrew to keep his remaining titles will be seen as an indication that he retains his mother’s support.

As a Counsellor of State, he could step in and represent the Queen if she was temporarily incapacitated and unable to undertake her official duties.

The role is undertaken by any spouse of the monarch and the next four adults in the line of succession, now the Prince of Wales, and the Dukes of Cambridge, Sussex and York. It means that of the four people who hold the title, two – Prince Andrew and Prince Harry – are no longer working royals.

Their 95-year-old mother looked frail today as she was seen for the first time since news of Andrew’s sex case settlement emerged.

At an audience with the incoming Defence Services Secretary, Major-General Eldon Millar, she pointed to her left leg or foot, and remarked: “Well, as you can see, I can’t move.”

Buckingham Palace and a spokeswoman for Prince Andrew declined to comment on the sex case payout.

Charles Igbinidu is a Public Relations practitioner in Lagos, Nigeria
@https://twitter.com/ionigeria
Previous How Arsenal HALVED their £157m wage bill in just ONE YEAR under Mikel Arteta
Next UNBELIEVABLE: Abba Kyari blames IPOB for his ordeal