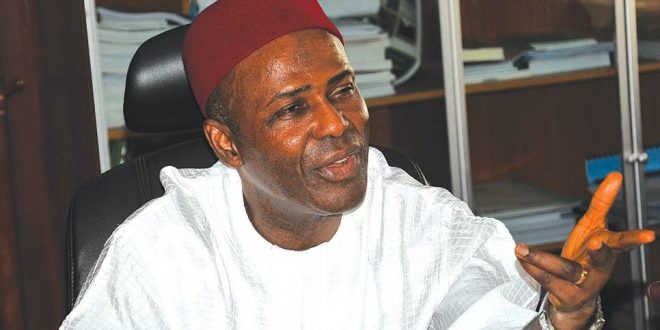 It is public knowledge that on Thursday, 4th of November, 2016, the NJC announced the decision to suspend Justices Sylvester Ngwuta and Justice Inyang Okoro of the Supreme Court.

Others are Justice Mohammed Tsamiya –Presiding Justice of the Court of Appeal, Ilorin Division;

2.      The suspension was based on the investigation of these Justices by the Directorate of State Security (DSS) on various allegations of corruption.

3.      It is important to note that Justices Ngwuta and Okoro have alleged that they are the targets of a witch hunt because they refused offers of inducement and bribes made to them by the Minister of Transport, Rotimi Amaechi and the Minister of Science & Technology, Chief Ogbonnaya Onu – to subvert the course of justice in appeals against the decisions of lower Courts in election petitions in Abia, Akwa Ibom, Ekiti and Rivers States.

4.      In order to allow for a fair and independent investigation, it is incumbent on President Muhammadu Buhari to ask these Ministers to step aside pending the conclusion of investigations into these issues.

The Judiciary has set a very good example in its quest to fight corruption. It has proven that it is ready to reform itself and we commend the NJC for taking this bold step. Likewise, we call on the administration of President Muhammadu Buhari to emulate the decision of the National Judicial Council (NJC) mandating the 7 Justices to suspend the performance of their judicial functions pending the conclusion of investigations against them.

5.      Anything less will confirm the long held notion that President Muhammadu Buhari and his administration consider themselves to be above the law and not subject to the provisions of our laws and the institutions of our democracy.

6.      If President Muhammadu Buhari retains these Ministers in the face of the serious allegations against them, he will reveal that the entire judicial corruption saga is nothing more than deliberate attempt to blackmail the judiciary in order to subjugate it and make it a rubber stamp Institution of the administration.