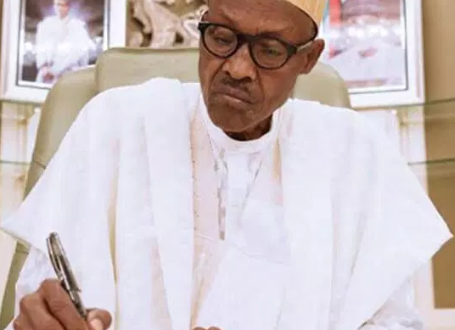 The Peoples Democratic Party (PDP) has lampooned the Buhari Presidency for appropriating the achievements of the National Assembly and listing them as those of President Muhammadu Buhari.

PDP says the recent attempt by the Buhari Presidency to ascribe credit to Mr. President for the recent amendments to the constitution, particularly the granting of financial autonomy to state assemblies and judiciaries, was despicable.

The party notes that neither the Presidency nor the President himself, made any input in support of these amendments.

Equally appalling is that the Presidency is still listing the passage of the “Not Too Young to Run” law as an achievement of the President even when he had no input whatsoever in the initiative.

It is instructive to note that none of the amendments stem from any executive bill and that the Buhari Presidency has never initiated any programme to enhance the course of governance in our country in the last three years.

Furthermore, Nigerians already know that the Buhari administration has not implemented a single project or programme in any part of the country in the last three years of governance, but always resorting to lies, blame passing, beguilement, deception and contrivance.

Instead of seeking ways to mitigate the situation, Mr. President’s handlers are subjecting him to more public ridicule of commissioning projects executed by other leaders such as his embarrassing commissioning of a regular bus stop constructed by Lagos state and a water borehole in Jigawa while posturing for photo-ops to hoodwink Nigerians.

The PDP however, commends the National Assembly and state houses of assembly for their resilience in enhancing our democratic practice as consolidated by successive PDP administrations, despite the unrelenting assault on the institution of the legislature by the Buhari administration.

Finally, the PDP charges the Buhari Presidency and dysfunctional All Progressives Congress (APC) to end their proclivity for deception as such gimmicks cannot save them in 2019.