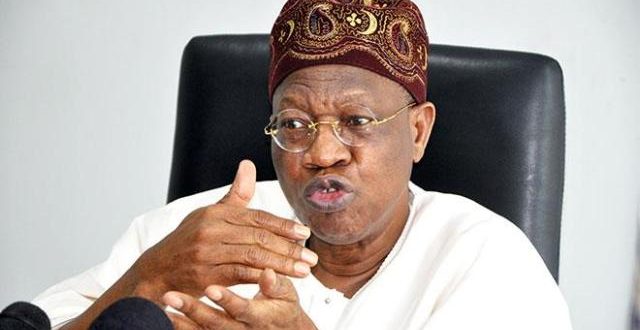 The Minister of Information and Culture, Lai Mohammed on Thursday said Cable News Network( CNN) should be sanctioned for its investigative report on the October 20 Lekki shootings.

CNN on Wednesday released an investigative report alleging that the Nigerian army used live bullets on protesters during its intervention in the #EndSARS protests in Lekki, Lagos state.

The international media outlet also unveiled the identity of a protester who reportedly died on the night of the shootings.

CNN said a forensic probe of the bullet casings recovered from the scene of the incident revealed that live bullets were fired at the protesters.

The minister claimed that CNN relied on social media video without verification to produce its report.

“This should earn CNN a serious sanction for irresponsible reporting,” Mohammed said at a press conference conveyed to address lingering issues regarding the #EndSARS protests in Abuja

The minister described the report published by CNN as one-dimensional and lacking in balance.

He also insisted that not a single body has been produced or a single family has come out to identify that their family member was killed at the Lekki tollgate.

Prior to CNN’s report multiple eyewitnesses at the Lekki toll gate had also alleged that the soldiers killed unarmed protesters.

Amnesty International said it had “credible” evidence that at least 12 people were killed at the Alausa and Lekki that day.

Some witnesses said the bodies of those killed were taken away by the soldiers.