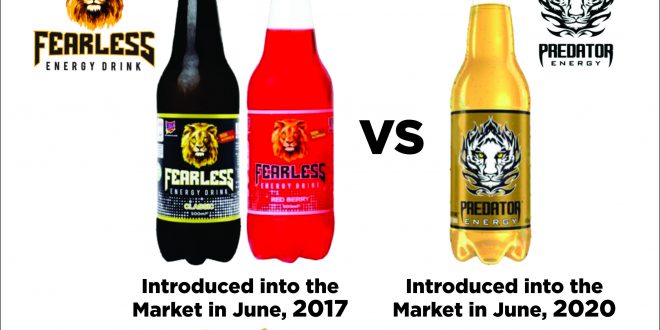 The Nigeria Bottling Company (NBC) has been dragged to a Federal High Court in Lagos for infringing on the property rights of the market leader, a product of Rite Foods Limited.

The alleged infringement is on NBC’s Predator energy drink which was launched into the market after the Rite Foods’ brand.

Rite Foods’ Fearless energy drinks which consist of the Red Berry and Classic brands made entrant into the Nigerian market on June 15 and 16, 2017, respectively, had already gained wider acceptance by consumers of the energy drink segment,  with the lion insignia as a trademark, before NBC’s Predator was introduced into the market in June 2020.

In a publication in the ThisDay and Guardian newspapers editions of Friday, 19th of March, 2021, the case was instituted against NBC by Rite Foods Limited at a Federal High Court, in Ikoyi, Lagos, on January 20, 2021. The publication also shows that contempt proceedings have been commenced against the managing director of NBC.

The plaintiff, Rite Foods had already requested got interim injunctions against the defendant, NBC, restraining it from further promoting or using any sales promotion material for its Predator energy drink in a manner that infringes or passes off or that is capable of infringing or passing off the plaintiff’s Fearless energy drink until the interlocutory application for an injunction is determined.

The alleged infringement, however, negates the provision of the law, which offers exclusive rights to the get up of “Fearless” energy drinks.

According to Plaintiff, it owns the exclusive right to the get-up which has been a mark of identifying its market-leading Fearless energy drink brands.

It posits that with the infringement by NBC, consumers are likely to assume (mistakenly) that the aforementioned energy drinks in the case are from one source.

According to the company, the degree of similarity between the design on its Fearless brands and NBC’s Predator energy drink is high, and that since both compete in the same market spectrum, the mark is likely to cause confusion in the minds of consumers, about the source or sponsorship of the brands offered under the defendant’s mark.

Further proceedings for the case at the Federal High Court are slated for March 25, 2021.

While the Predator brand is struggling to gain acceptance among consumers, Rite Foods’ Fearless energy brands had attained a very high market share of the lucrative energy drink market, cutting across the different demographics, mainly the youth segment.

The energy drinks contains Vitamin B6, a water-soluble nutrient that is part of the vitamin B family, which supports adrenal function, help calm and maintain a healthy nervous system, and are necessary for key metabolic processes.  Also, included is Vitamin B12 which is essential for building blood cells and maintaining healthy nerve cells in the body.

Few cases of trademark infringements in the country were those of Nabisco Inc., v Allied Biscuits Company Limited in 1998, where the trademark RITZ was the issue before the court.

Allied Biscuits first registered the mark eight months before Nabisco, and the court held against the appellant, Nabisco, on the premise that it has not used the mark sufficiently to acquire a reputation for the mark in Nigeria, that its intention is to destabilise the Nigerian market and her economy.

Also on October 18, 1993, Pfizer dragged Iyke Merchandise to Court for infringing on its trademark, Combatrin Plus, with the mark, Combatinrein, which was likely to confuse consumers.

The plaintiff’s (Pfizer) action for injunction, an order of delivery up for destruction of the infringing product (Combatinrein), and general damages succeeded. 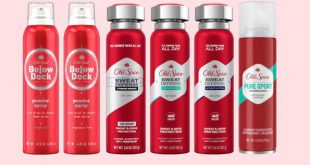