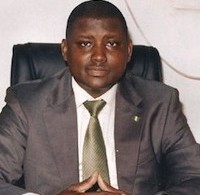 The family of the embattled ex-Chairman of the Presidential Task Force on Pension Reforms, Abdulrasheed Maina, on Wednesday said Maina was never a fraudster but a messiah whose efforts had put smiles on the faces of pensioners in the FCT and other parts of the country.

Maina, who was declared wanted by the Economic and Financial Crimes Commission over alleged N2bn fraud, resurfaced in the country last month and was reinstated into the civil service and promoted.

Buhari on Monday ordered the termination of his appointment.

On Tuesday, Operatives of the Economic and Financial Crimes Commission sealed some of his properties in Kaduna State.

Following Tuesday’s sealing of the properties, spokesman for the family, Aliyu Maina, while addressing newsmen in Kaduna noted that the current administration facilitated the entry of the ex-chairman into the country so as to assists in its change agenda.

He insisted that the ‘cabals’ were merely out to tarnish the image of Maina in the media and that the family was in possession of facts that were against the cabal which would be of great interest.

Those facts, he promised would be disclosed soonest to Nigerians.

Maina said, “You must have noticed the recent attempt by some cabals to ridicule and tarnish the image of the Maina family in the media.

“Where our brother, father, and uncle has been blackmailed as a fraudster. The cabals have gone to the extent of marking our houses with red paints with the inscription of ‘EFCC under investigation’.

“The entire family of Abdullahi Maina is hereby categorically stating that our son is not in any way a fraudster, rather, he is a messiah who brought remarkable reforms into the Nigerian Pension Scheme, whose efforts saw the disappearance of pensioners roaming the streets of the FCT and other states.