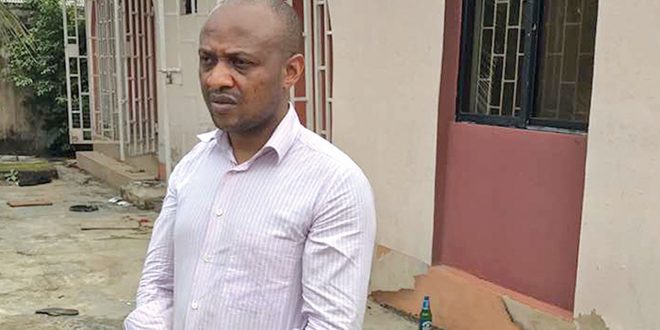 Kidnapping: Trial of Evans stalled by Absence of Witness

The absence of a police witness on Friday, stalled the trial of alleged kidnap kingpin, Chukwudumeme Onwuamadike, alias Evans in an Ikeja Special Offences Court.

The trial had to be adjourned due to the absence of Inspector Idowu Haruna, the Investigating Police Officer (IPO) and a member of Inspector General of Police (IGP) Intelligence Response Team.

Informing the court of the development, the state prosecutor, Mrs O.A Badulaiye-Bishi, said “The prosecution witness has traveled outside the court’s jurisdiction. Unfortunately, we will have to request for an adjournment date,”

In the first criminal suit, Evans is charged alongside Victor Aduba, a dismissed member of the Nigerian Army.

They are charged with four counts of kidnapping and unlawful possession of firearms.

Evans and the dismissed soldier are accused of kidnapping Mr Sylvanus Ahamonu, holding him hostage for at least nine weeks and collecting a ransom of 420,000 dollars from his family.

In the second criminal suit, Evans is facing trial alongside Joseph Emeka, Chiemeka Arinze and Udeme Upong over the attempted kidnap of Chief Vincent Obianodo, the Chairman of the Young Shall Grow Motors.

They are charged with seven counts of attempted murder, conspiracy to commit kidnapping, attempt to kidnap and sales and transfer of firearms.

According to the prosecution, Evans and his three co-defendants committed the offences on Aug. 27, 2013 at Third Ave., Festac, Town Lagos.

Evans and his accomplices are alleged to have killed Mr Chijioke Ngozi and attempted to kill and kidnap Obianodo.

The prosecution also alleged that in 2008, Upong sold and transferred two AK47 rifles and 70 rounds of live ammunition to Evans.

Charles Igbinidu is a Public Relations practitioner in Lagos, Nigeria
@https://twitter.com/ionigeria
Previous 25 years old  man commits suicide in Lagos after being jilted by girlfriend
Next NIPR to set up tribunal to check professional misconduct — Sirajo