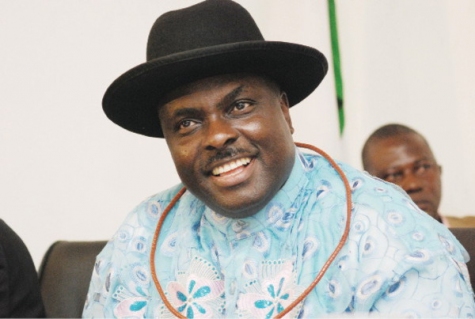 Ibori, who was recently released after serving a four-year jail term in a British prison was listed as No 41 in the main organizing committee of the party.

Tomorrow’s non- elective national convention is meant to extend the tenure of the Makarfi-led NCC to enable them conduct the elective convention which is speculated to hold in November.
The convention is also billed to see to the amendment of the party’s constitution.

Ibori who has not attended any political meeting at the national headquarters since he returned to the country, was, however, absent at the inaugural meeting of the committee last Wednesday.

His successor and Delta State governor, Ifeanyi Okowa is the chairman of the committee. Reacting to the development, former media aide to Ibori, Mr Tony Eluemunor, argued that Ibori’s nomination in the committee was normal and that he had not left the party.

The media aide stated that the former governor was equally invited to the last National Executive Committee (NEC) meeting, even though he didn’t attend.

“It is a privilege given to every former PDP governor. Ibori is a former governor and he has not left PDP. So, there is nothing unusual in his name being included in the list. He was invited to the last NEC meeting but he did not attend,” he said.

Eluemunor, however, noted that he would not be able to confirm if the former governor will be at the convention.

Clarke who recalled that he has warned that party in 2014 not to impose candidates urged the party to jettison a practice where governors, government functionaries and candidates provide logistics and convey delegates to Abuja and other voting locations.
Clarke also advocated the adoption of direct primaries ahead of the elective convention, just as he declared his support for zoning of the party’s 2019 presidential ticket to the North and the national chairmanship seat to the South.

He, however, insisted that all party members from those regions are free to contest those positions.
The former PDP chieftain who declared his resignation from partisan politics after the 2015 general election justified his warning to the party on the grounds that he remains a statesman and stakeholder in the Nigeria project, and has been contributing to the peace and development of the country.

He said, “I have observed the Constitution of PDP and the 1999 Constitution of the Federal Republic of Nigeria (as amended) and wish to state as follows. Senator Ahmed Markarfi’s Caretaker Committee should be given at most, another three months to allow new executives and other organs of the party to be elected. Any time longer than three months will not be in the best interest of the party and its members.

“If Presidential election is to take place in February 2019, the minimum time required by an elected executive will not be more than 12 months to settle down. If there are interested members of the Caretaker Committee for elective positions, such as President, Senator or Governor, such persons should not remain in office as members of the Caretaker Committee for more than three months.

“On the Zoning of Presidency and Chairmanship of the Party, Clarke, who endorsed the post-election and reconciliation committee led by deputy senate president, Sen Ike Ekweremadu Committee Report which zoned the presidency to the North, and the National Chairmanship to the South”.

“Nigeria’s Democracy, as a State Policy in Nigeria is expressed in Chapter 2, section 14 of the 1999 Constitution of the Federal Republic of Nigeria (as amended) and shall be stated based on the principles of Democracy and Social Justice.

“It is hereby accordingly declared that: (a). Sovereignty belongs to the people of Nigeria from whom Government, through this Constitution derives all its powers and authority.
“The participation by the people in their government shall be in accordance with the provisions of the Constitution. Governors and other functionaries of government should not impose Candidates or delegates from their States.

“This was my warning in 2014, when I issued a press statement that PDP will destroy itself through the imposition of candidates, and that was what happened, when the then National Chairman of the party, Alhaji Adamu Muazu and then incumbent governors imposed unpopular candidates on the electorate.
“A situation where governors, government functionaries and candidates provide Logistics and convey delegates to Abuja and other voting locations should be jettisoned. I strongly recommend that direct primary election should be adopted where delegates would be made to vote at their localities, where no one will take advantage of and manipulate them.
“In order words, the recommendations of Prof Jerry Gana led- committee should be implemented”.
In a related development, chairman of the convention committee and Delta State Governor, Senator Ifeanyi Okowa, has said the party is set to welcome high profile Nigerians defecting from other parties Okowa stated this while inspecting the Eagles Square, venue for the convention.

He said, “We just came to see what is on ground; I believe that our people will be safe because we have everything under control. we are not expecting any hitches at all.
“We are doing very well as a party and as a committee, in this kind of planning you will have some challenges here and there but there are solutions being proffered for everyone of it and we are confident that we are on the right track and it shall be well on Saturday”.
He assured that high profile Nigerians will join the party within the next three weeks, He said, “This is a new PDP and with the excitement we saw after the Supreme Court victory, we did see amongst Nigerians and not only PDP followers, I believe that a lot of people who thought that the party was going to implode by itself will realise that we are back alive and ready to offer what it takes to better the lives of Nigerians.

“Many of our members that left earlier due to one form of disagreement or the other will return back to their party because the National Caretaker Committee has has constituted a Reconciliation Committee as well as a Contact and Mobilization Committee to reach out to them.
“From the way things are going presently in this country, I believe Nigerians will realise that PDP is the only alternative that can bring Nigeria out of her present economic challenges”.
In a related development, national chairman of the party, Senator Ahmed Makarfi, has assured members of the party that the issues relating to the South West zone of the party have been resolved.
He said, “In politics, there are always issues but what is important is that we sit down and resolve the issues in a civil manner.

“Yesterday, we had a long meeting with the leaders from the zone to resolve the issues and no matter what you are doing as a political party you must lose some members and also gain others. As a party, we will continue to work hard not to lose anybody, but will work much harder to bring in more members to the party”.