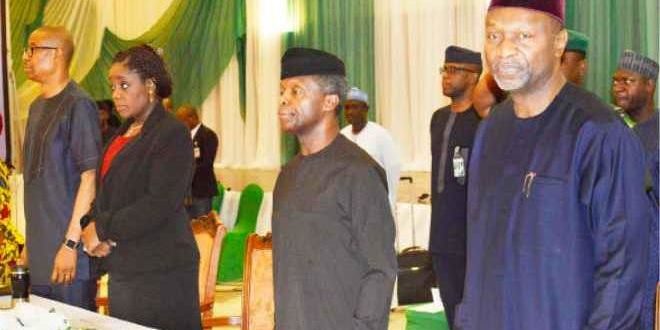 The Presidency was responsible for the non-issuance of appointment letter the only female Resident Electoral Commissioner-designate, Dr Asma’u Sani Maikudi, about three weeks after her clearance by the Senate, Daily Trust findings have shown.

Dr Maikudi hails from President Muhammadu Buhari’s home state of Katsina, and was nominated by the president in March, alongside 26 others to fill the quota of 27 states.

The nominees subsequently passed all stages for the appointment that included clearance by the Department of secret Service (DSS), the Code of Conduct Bureau and, thereafter, confirmed by the Senate on July 20.

The Senate had divided the nominees into two batches and confirmed the first 15 on June 1.

On July 20, eight of the remaining 12 nominees, including Dr Maikudi, were confirmed, while four others were deferred.

Daily Trust gathered that while the remaining nominees were given appointment letters by the Office of the Secretary to the Government of the Federation (OSGF), that of the lady was withheld.

A top government official told Daily Trust last night that the office of the SGF has nothing to do with the issue, explaining that it was the responsibility of the Presidency to forward names of cleared nominees for appointments.

The source said the appointment letters of the remaining REC-designates were given to them because their names were forwarded to the OSGF by the Presidency.

It’s clear that some forces inside the Presidency are having a second thought over the appointment of the lady, the top bureaucrat said.

The Presidency refused to comment on the story when contacted last night. The Senior Special Assistant to the President on National Assembly Matters (Senate), Senator Ita Enang, said he could not comment on it because he did not know about it.

The presidential aide told our correspondent on phone last night that he would find out. “I am not in a position to comment on it because I do not know. But I am going to make findings,” he said.

In his response, the Director of Press in the OSGF, Mr Bolaji Adebiyi, said that he was yet to be briefed on the issue and that those announced were the ones that were directed to be announced after their appointments.

Lawyers however expressed divergent views over the non-issuance of appointment letter to Dr Maikudi.

Former president of the International Federation of Women Lawyers (FIDA), Hauwa Shekarau, said the development goes to show the nature of politics and the role of some cabal who decide who gets what in the country.

She therefore advised Dr Maikudi to play her card well, considering that she may not have a legal leeway since there is no documentary proof of her appointment or refusal.

Esther Uzoma of the Proactive Gender Initiative (PGI) said it was an infringement on her right to be denied a letter of appointment when she has not been “encumbered by any criminal investigation” through the various screenings.

Uzoma advised her to file for an order of mandamus to compel the public officer, who is authorized to issue her with an appointment letter, to do so.

However, Tawo Eja Tawo (SAN), while reacting to Maikudi’s case, said she has no actionable claim since she has not been sworn into office by the president, who has the powers to appoint subject to the confirmation of the National Assembly.

“Until she has taken her oath of office, her tenure could not have commenced. So, she cannot challenge the action,” he said.

In the same vein, Abeny Mohammed (SAN) said despite scaling the DSS, CCB and the Senate hurdles, Maikudi cannot claim to have been appointed as she is still on “preliminary stage until she gets a letter of appointment or takes oath of office.”

The Director of Centre for Democracy and Development (CDD) Idayat Hassan said non-issuance of appointment letter to Dr Maikudi was unfortunate.

“This is a disservice to the honour of Nigerian women that a single woman among the nominees would be treated like this. How many women are in the cabinet as ministers and other appointees?” she said.

The president of the National Council of Women Societies (NCWS), Chief Gloria Laraba Shoda, said the situation was saddening and unacceptable, adding that the council was already taking steps to see that no injustice is carried out against any woman.

“In this dispensation when the council is fighting for more slots to be allocated to women, some persons are frustrating the goodwill of President Buhari’s government which aims to empower women,” she said.

Dr David Okoror, director of the International Institute for Security and Governance Studies, ‎ said the development was rather unfortunate especially in this time and age.

He condemned the failure to issue a letter of appointment to Dr Maikudi.

He called on all women groups to raise their voice and condemn any action by groups or governments that choose to prevent women from contributing their quota to national development.

“In the case of Dr Asma’u Sani Maikudi, I think women groups and societies should arise and see that she is given her rightful position, because once this is allowed other women will fall prey to this injustice,” he said.

The Civil Society Legislative Advocacy Centre (CISLAC) said issue is not good for the nation’s governance processes and that these kinds of issues were responsible for the ongoing misunderstanding between one arm of government and another.

The Executive Director of CISLAC Auwal Musa Rafsanjani told Daily Trust last night that it would amount to impunity to refuse her (Dr Maikudi) letter of appointment after the Senate had cleared her with no objection from the Presidency who nominated her in the first instance.

“However, I want to believe that it is an oversight and it should urgently be addressed to avoid creating bad impression. It is one government and its arms should be working together to ensure good governance and smooth processes in government, otherwise if it is deliberate it would be seen as an act of impunity,” he said.