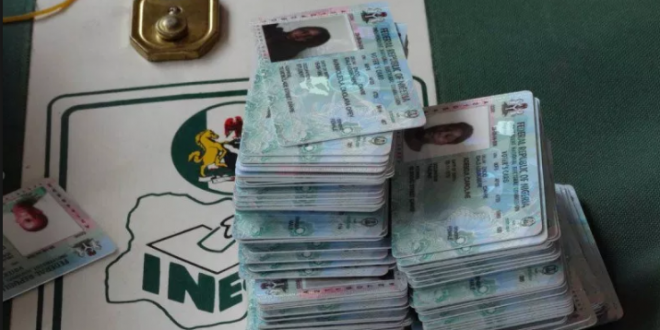 The National Commissioner of the Independent National Electoral Commission Supervising  Akwa Ibom, Cross River and Delta states, Dr.Mustapha Lecky, has said that a total of 2,045 Permanent Voters Cards have been stolen by suspected hoodlums in the state.

Lecky disclosed this at the Commission’s Secretariat in Uyo, the state capital, while briefing newsmen at the end of his assessment tour of the state to ascertain the success of display of voters’ list.

He said the PVCs were stolen by the suspected hoodlums in one of the INEC offices in Okobo Local Government area of the state during a mob action by youths who invaded the office to protest results of the last primary elections.

“I think it was a mob action which was a consequence of the primaries that were taking place at that time and I want to assure you that the police are looking into the matter. The (PVCs) were stolen from where we kept them for safety