Help!!! They Want To Tarnish My Image – Goodluck Jonathan Cries Out

Former president Goodluck Jonathan, has alleged that there is a grand plan by some persons to sponsor campaigns that are aimed at tarnishing his image.

The former president made the allegation on his Facebook page.

In his Facebook page, Jonathan  who is currently monitoring the presidential runoff election in Sierra Leone, wrote

”It has been brought to my attention that while I am away promoting democracy in Sierra Leone, a campaign will be unleashed against me to falsely impugn my name using both faceless and identified persons. When I was in power I said my ambition is not worth the blood of any Nigerian. Even out of power, I continue to hold that belief. What I will say however, is that no matter how far and fast falsehood has traveled, it must eventually be overtaken by truth. GEJ”. 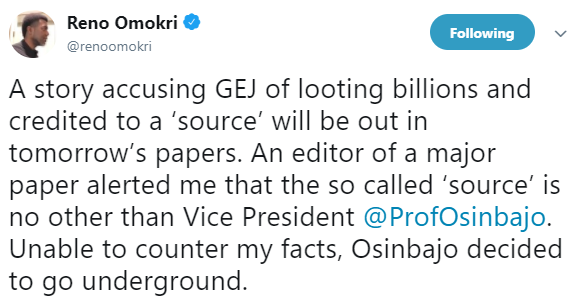