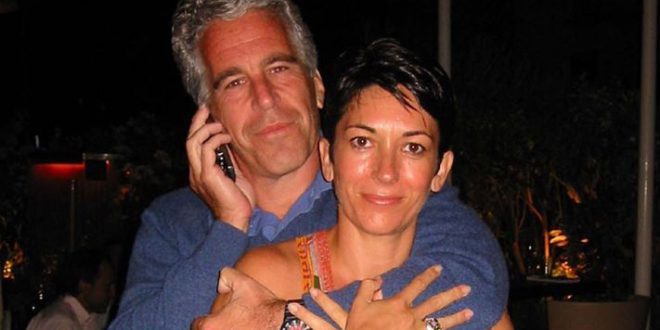 Ghislaine Maxwell has been sentenced to 20 years in prison following her conviction on five counts of sex trafficking.

He abused girls as young as 14 at his properties in New York, Florida, New Mexico, and his private island on the US Virgin Islands Little St James, known by locals as ‘paedophile island’.

Sentencing her to 20 years in prison with five years of supervised release, Judge Alison Nathan told the court: “The damage done to these girls was incalculable.”

“Whether you are rich or powerful, nobody is above the law”

The judge said Maxwell’s victims were forced to live through the “painful, horrific and lasting impact of that trauma”.

The judge said Maxwell did not appear to express remorse or accept responsibility.

Judge Nathan added: “Those who engage in and facilitate sexual abuse will be held accountable by the law.

“Whether you are rich or powerful, nobody is above the law.”

She described Maxwell’s conduct as “heinous and predatory”.

Addressing her victims directly, she said: “To you, all the victims that came today, inside the court and outside… I am sorry for the pain you have experienced.

“I hope my sentence brings you closure… peace and finality. To help you put those experiences in a place that helps you move forward.”

She said she was “sorry” for the pain that his victims experienced and that she understood her association with Epstein would follow and forever “stain” her.

She said: “It is the greatest regret of my life that I ever met Jeffrey Epstein.”

Maxwell said the knowledge of the effects of her crimes “tortures me every single day”, and that she hoped the sentence “brings this terrible chapter to an end and…helps you travel from darkness into the light”.

Victim Sarah Ransome told the press she wanted to see Maxwell die in prison “because I’ve been in hell and back for the last 17 years”.

Another victim, Annie Farmer, said in court that her experience of being exploited by Maxwell “resulted in significant shame” that sometimes left her feeling like she wanted to “disappear.”

“Today, I can look at Ghislaine and tell her that I became what I am today in spite of her and her efforts to make me feel
powerless and insignificant, and I will cast that empowerment on my daughter,” she said.