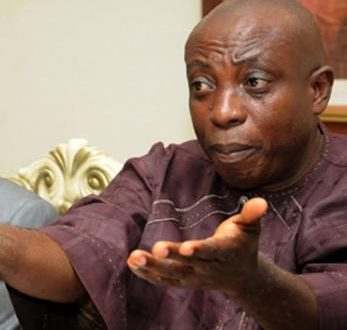 Crisis seems to have hit agitators for South East country as a main group, Movement for the Actualization of the Sovereign state of Biafra (MASSOB), backs out of celebration slated for Monday

MASSOB has also disowned its founder, Chief Ralph Uwazurike, as well as cautioned that it was not affiliated to any group called Biafra Independent Movement (BIM),

The pro-Biafra group says it has no part in any Biafra celebration slated for Monday, May 22,

Mr. Uchenna Madu, who claimed to be the leader of MASSOB, directed their members to shun the May 22 celebration and brace up for the main event slated for May 30, which is Biafra Remembrance Day.

He called on supporters of the movement not to give up as the birth of Biafra was already in sight.

“We have reiterated our solemn oath taking for actualization and restoration of an independent Republic of Biafra,’’ he said in a statement.

“We reassure the people of Biafra that actualization and restoration of Biafra is sacrosanct and sacred.

“Every aspect of Biafra struggle must abhor deceit, self glorification, tribal/religious sentiments and love for mundane things.“

He said that MASSOB declared support for sit at home exercise for all Biafrans on 30th May, 2017 as a mark of respect and honour to our gallant Biafra soldiers and civilians that sacrificed their precious lives for establishment of Biafra during the war of 1967–1970.

“We must continue to remember, honour and celebrate the gallantry and braveness of Biafra soldiers whom the whole world was astonished for their military exploits during Nigeria Biafra war.

Their bravery, military excellence, consistency, technological exploits and intelligences can never be forgotten or silenced.

He said that MASSOB wished to inform the people of Biafra that “we don’t have any Biafra anniversary program on 22 May, 2017’’.

“The sit at home exercise calls for sober reflection on the way forward, it calls for individual and family prayers for speedy actualization and restoration of Biafra, it will also reflect on building synergy and cohesion among the Pro Biafra groups for the preparation for the coming referendum.

“MASSOB also reiterates our earlier position that we are not attached to any group called Biafra Independent Movement (BIM),

The people of Biafra should disregard the false information that MASSOB will observe Biafra day on May 22, 201, he said.

“The golden jubilee celebration of Biafra declaration anniversary will be golden and superlative. It will be a moment of sober reflection among the Biafra agitators.“

He said that the commemoration of the anniversary would bring more unifying forces of non- violence for speedy actualization and restoration of Biafra.

“We are aware that Nigeria security agents are not comfortable about the coming anniversary. MASSOB is also aware that security agents will exhibit their jittery and fears mostly the overzealous ones that love operating the trigger in a cowardice manner against non violence Biafra agitators.

The threat and presence of Nigeria security agents will not deter us from exercising our fundamental indigenous right.