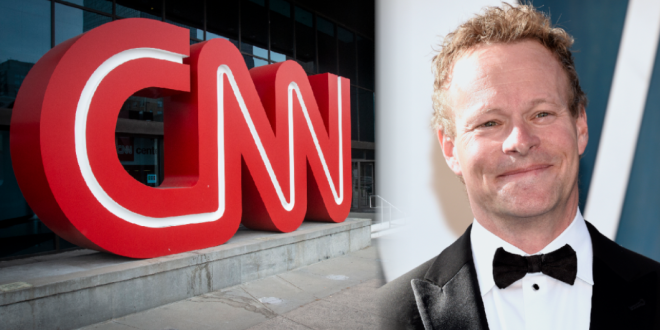 CNN’s new boss is cracking down on biased news reporting and has threatened to oust some of the network’s top-paid talent if they continue to push a liberal agenda.

Network CEO Chris Licht, as part of his efforts to revamp the outlet, has been evaluating news personalities and programs that became polarizing during Donald Trump‘s presidency.

Licht isn’t reportedly looking to get rid of primetime personality programming, but he does want CNN’s news staff to present information in a way that upholds the network’s apparent values of unbiased reporting.

Analysts allege this could prove problematic for network correspondents Jim Acosta and Brian Stelter, among others, who have ‘become the face of the network’s liberal shift.’

The potential firings are just the latest of Licht’s moves to clean up the network.

Earlier this month he issued orders to tone down the use of ‘Breaking News‘ graphics and announced he plans to craft a new organizational structure at CNN. 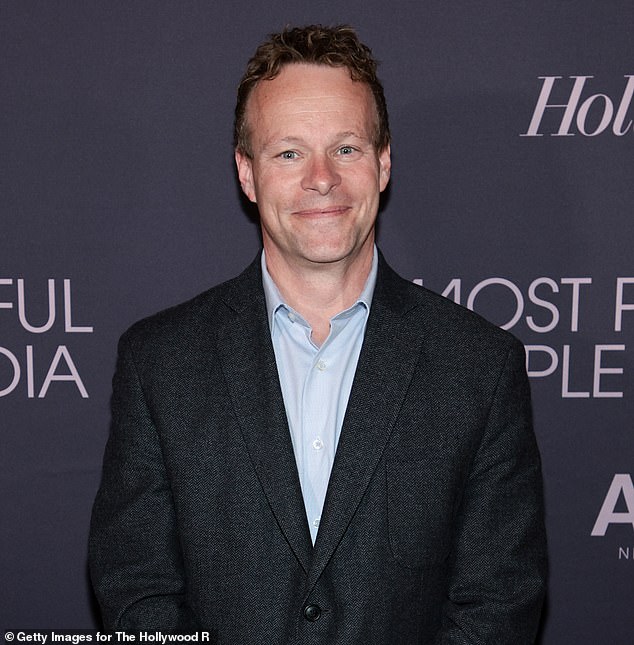 Licht wants to give the controversial personalities a chance to ‘prove they’re willing to uphold the network’s values’ before casting anyone out, the insiders said.

Specifically, he wants on-air talent, producers and bookers to make programming decisions that are focused on ‘nuance’ and don’t tarnish the CNN brand, which was once regarded as ‘the most trusted name in news.’

He does not plan to change the tone of the network’s primetime shows, but does want to ensure partisan voices don’t ‘dominate’ programming in a harmful way.

This would be a shift from the way former CNN president Jeff Zucker ran the network, which many argue allowed for the furthering of an anti-Trump agenda. 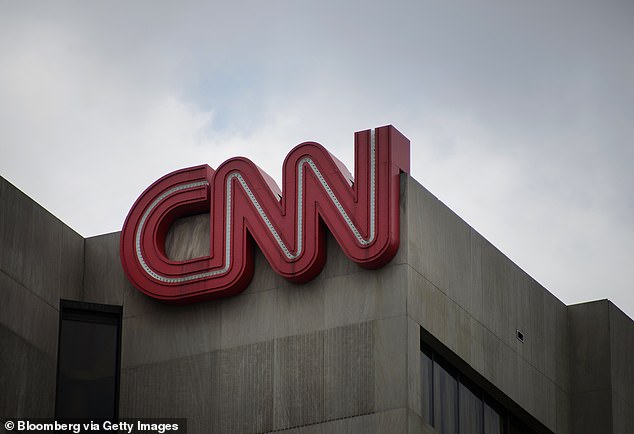 Those who fail to get on board with the network’s new priority to become ‘less partisan’ could be terminated, CNN insiders allege

Chief Domestic Correspondent Jim Acosta may be among those under the scrutiny of Licht.

During Trump’s time in office, Acosta often pushed back on the president’s press secretaries and issued critiques of the administration during his coverage.

For example, while reporting on Trump’s response to the COVID-19 pandemic in 2020, Acosta said: ‘This is a nation without a president.’

After Trump’s failed bid for re-election, Acosta predicted the then-president, who was known for his Twitter commentary, would just ‘go back to being another crackpot on the internet.’

Then, when Trump moved to challenge the election results, Acosta said he was ‘scrambling to scam his way into a second term.’

The correspondent even had his White House press credentials temporarily stripped during Trump’s reign, forcing Acosta to go to court to have them restored.

Those critical of Acosta allege his remarks were met with disapproval by news traditionalists, The Washington Post reported last year. Many believed, that as a correspondent, he should present facts, not personality-driven commentary.

Brian Stelter, the network’s chief media correspondent, could also be among those Licht is evaluating.

In April 2021, when confronted by a Project Veritas staffer about CNN’s alleged liberal bias, Stelter stated that CNN boss Jeff Zucker did not dictate the content of his reporting.

‘I report whatever I want. You need to leave,’ he said, according to Fox News, before ordering the staffer to leave the premises.

It is unclear if Licht has yet addressed any of the alleged partisan personalities or if Acosta or Stelter are even among those under his scrutiny. 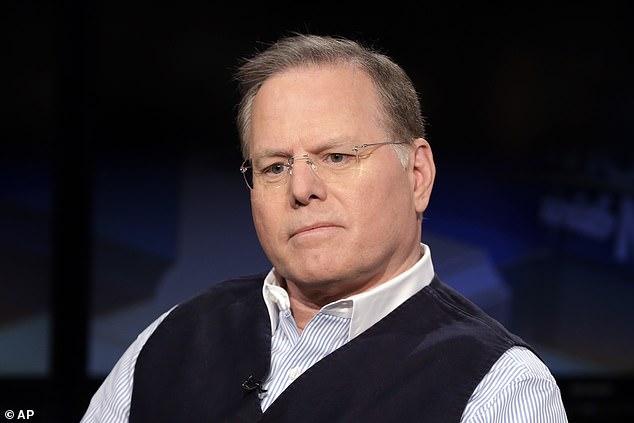 The CEO of the new parent company, David Zaslav, has previously said that he wants to see CNN move away from sensationalism and partisan commentary

Licht, who officially took over at CNN on May 2, assumed the former role of Zucker following the formation of the network’s new parent company, Warner Bros. Discovery, through a $43 billion merger.

The CEO of the new parent company, David Zaslav, has previously said that he wants to see CNN move away from sensationalism and partisan commentary, and back toward hard news.

Board member John Malone has shared similar sentiments, saying last year: ‘I would like to see CNN evolve back to the kind of journalism that it started with.’

In a recent memo, Licht announced his first steps to rebranding the network, which included ‘toning down’ the use of breaking news graphics, which he warned have lost their impact from overuse.

He said he agreed with criticism from ‘people both inside and outside the organization’ that the banners are overused on TV, Axios reported. 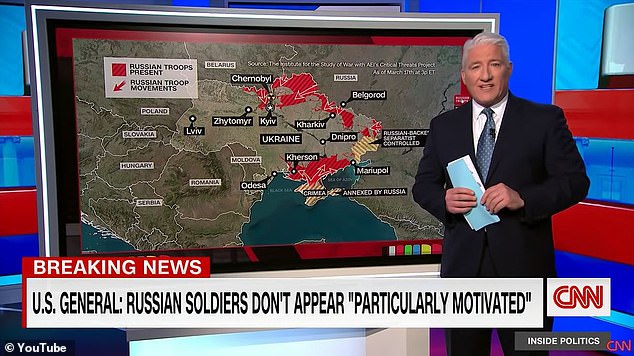 The potential firings are just the latest of Licht’s moves to clean up the network. Licht (not pictured), who officially took over at CNN on May 2, issued orders earlier this month to tone down the use of ‘Breaking News’ graphics (as shown above) 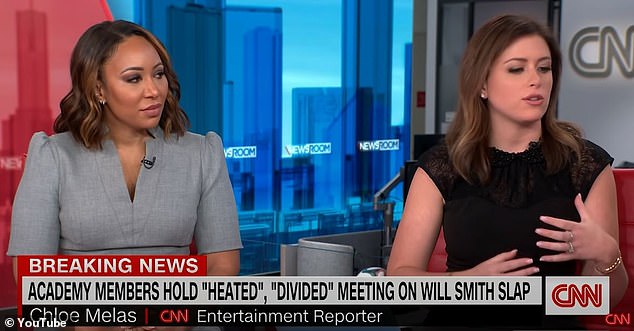 ‘It has become such a fixture on every channel and network that its impact has become lost on the audience,’ he wrote. ‘We are truth-tellers, focused on informing, not alarming our viewers.’

Licht said that CNN bureau chief Sam Feist had led a review to determine best practices for use of the Breaking News label, and added new rules to the network’s stylebook, or internal editorial guidelines.

‘It certainly will need tweaks, so we are open to feedback, but this is a great starting point to try to make ‘Breaking News’ mean something BIG is happening,’ said Licht of the new rules.

In that same memo, he announced the network would be creating a new unit called ‘Guns in America,’ to cover gun violence, according to CNBC.

Licht also said that he plans to craft a new organizational structure at CNN but will ‘make decisions slower than some would like’ given management changes.

‘I know this organization has been through tremendous change,’ said Licht.

‘I am approaching this process slowly and thoughtfully as we look at all parts of the operation. We will realign where it makes sense to best serve our people and the business.’ 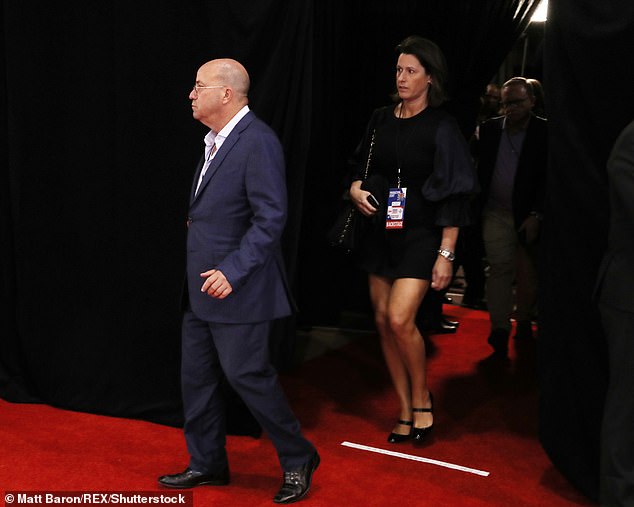 Zucker departed the network abruptly in February after revealing that he had failed to disclose a consensual romance with his top lieutenant Allison Gollust. They are pictured together in October 2019 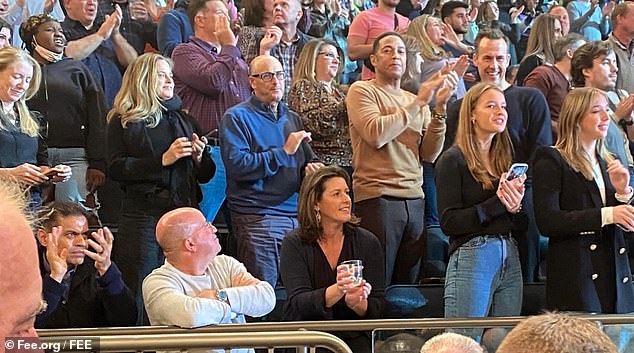 Zucker and Gollust were seen in public at the Billy Joel concert at Madison Square Garden on November 5, 2021 with Don Lemon (right) and Fareed Zakaria (bottom left).  Picture courtesy of fee.org. CNN anchor Jake Tapper previously alleged the surfacing of the photo forced Zucker to ‘come forward’ about the affair and resign ‘not willingly’ from the network

Zucker departed the network abruptly in February after revealing that he had failed to disclose a consensual romance with his top lieutenant Allison Gollust.

And last month, Meredith Artley, senior vice president and editor-in-chief of CNN Digital Worldwide, announced that she would be departing the network in a memo to staffers.

CNN+ had promised to be a new frontier in the news business, offering original programming separate from what the company airs on its news channel.

One top producer even went as far to call the streaming service CNN’s Apollo Mission – comparing it to the successful moon landing, the Wall Street Journal reports, and network recruiters told potential hires it was prepared to spend $1 billion over four years on the endeavor.

But after Zaslav found out that it was only being streamed by 5,000 to 10,000 people at any given moment – he decided to pull the plug.

By April 21, Licht told staff that CNN+ was ending.