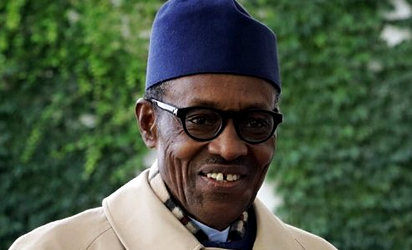 Buhari Off To UK For Medical Check-Up

President Muhammadu Buhari is travelling to the United Kingdom for medical check-up today.

The Special Adviser to the President on Media and Publicity,Femi Adesina, disclosed this on Monday, saying the president will return to the country in the second week of November.

The presidential spokesman in the statement titled “President Buhari Billed for London” said he (Buhari) would return to the country in the second week of November, 2022.
“President Buhari leaves for London October 31, 2022, for routine medical checkup. He returns to the country 2nd week of November, 2022,” Adesina also tweeted.
The President, who returned last Friday from a six-day official visit to Seoul, the capital of South Korea, departed for the United Kingdom after presiding over an “emergency” meeting of National Security Council (NSC) at the State House, Abuja.
The meeting at the Council Chambers of the Presidential Villa with security chiefs was convened to further review and strengthen security network in the country.
The President, who received briefs from the security chiefs, and interjected on areas that needed more attention, had to postpone the commissioning of the National Agency for Science and Engineering Infrastructure (NASENI) new Technology and Innovation Complex because of the emergency meeting.
On Friday, President Buhari had said the recent changes in travel advice from the US and UK governments should not be a cause for panic, urging citizens to remain calm.
He had further advised the nation’s security establishment and entire citizens to continue being vigilant and careful with security.
Buhari, who said the travel advice was not an indication that there would be attacks on the Federal Capital Territory (FCT), added that it was important to avoid panic as the security agents had been in charge of the situation since the July prison raid in Kuje.
The President gave assurances that the government was on top of the security situation in country.
Share