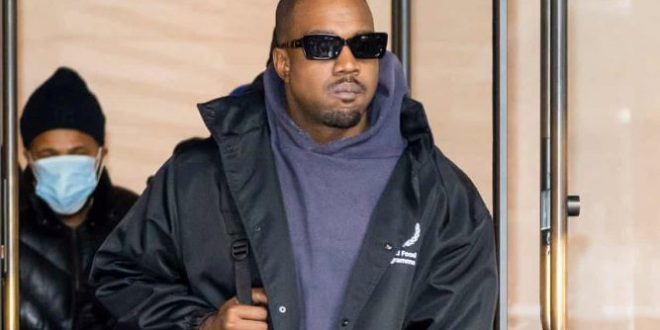 Kanye West is back on Twitter following the site’s takeover by ‘friend’ Elon Musk.

The controversial rapper was previously banned from the social media website following a series of bizarre online attacks and vile racist messages.

Meta, which owns Instagram, confirmed to The Mirror they had “deleted content from @kanyewest” for violating their policies. They also placed a restriction on his account.

But now, he’s back on Twitter – just one day after the world’s richest man Elon Musk took ownership of the popular social media platform.

“Welcome back to Twitter, my friend,” Elon tweeted to the Bound 2 rapper at the time.

Elon also revealed, following Ye’s suspension from Twitter, that he was forced to have words with his ‘friend’ after the anti-Semitic message.

“Talked to ye today and expressed my concerns about his recent tweet, which I think he took to heart,” Musk wrote on Twitter.

The ‘talk’ didn’t seem to do much as Kanye continued his controversial moves on social media this month – including the tweets to his 30million followers.

Kanye, at time of publication, has not yet tweeted from his reinstated account, but previous messages are still available – including a retweet of Elon’s ‘welcome back’ message.

In a recent interview with Piers Morgan, Kanye was challenged repeatedly about his use of language, following which he declared abruptly: “Interview adjourned. Love you,” before walking off set.

After a few minutes of discussion, he eventually sat back down to continue the interview.

“And that I used my platform where you say, I hurt people, and I was hurt.”

Also in the interview, Kanye admits talking to former US president Donald Trump about the ordeal, having been banned from social media himself.

Kanye said: “Actually, I was talking to Trump a couple of days ago, and he was like, I’m not going to do his voice right…but he was saying…’You know, I had 277 million followers and the next day I had nothing’ and that related to you know.

“These tech companies feel they’re more powerful than the US Government to the point of actually kicking the actual President of the United States off of an American social media platform. This is the world we live in.”

Charles Igbinidu is a Public Relations practitioner in Lagos, Nigeria
@https://twitter.com/ionigeria
Previous Finance Minister Knocks CBN over redesigning of the Naira
Next Buhari Off To UK For Medical Check-Up