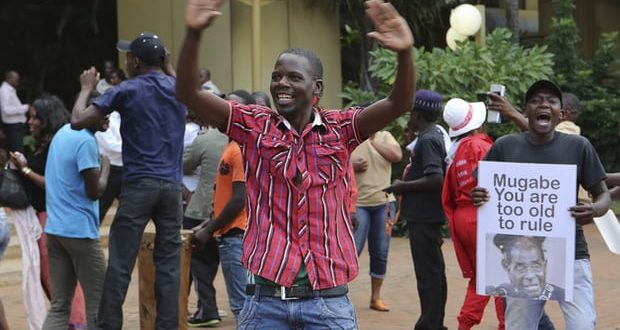 Robert Mugabe has resigned as president of Zimbabwe with immediate effect after 37 years in power, the speaker of the country’s parliament has said.

The announcement came during a parliamentary hearing to impeach him and launches the nation into a new era as uncertain as it is hopeful.

The move caps an astonishing eight-day crisis, which started when the military took over last week in order to block the rise to power of Mugabe’s wife and her faction within the ruling Zanu-PF party then developed into a popular revolt against the ageing autocrat.

A letter submitted to parliament by the 93-year-old said his decision to resign was voluntary on his part.

Wild jubilation broke out among MPs when Jacob Mudenda, the speaker, told the parliament and cheers and celebrations spread through the streets of Harare.