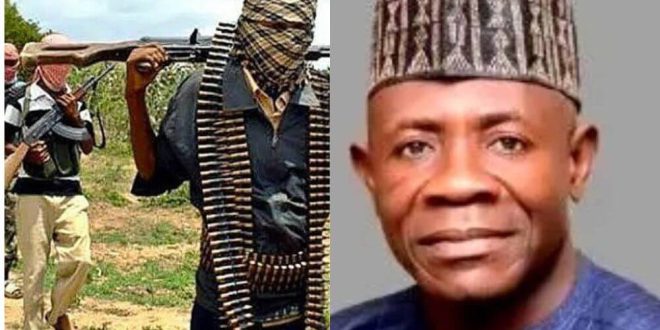 The Nasarawa State Commissioner of Information, Culture and Tourism Mr. Yakubu Lawal has been kidnapped.

Confirming the commissioner’s abduction in a statement on Tuesday morning, the Police Public Relations Officer, DSP Rahman Nansel, said the command had already drafted operatives to the scene of the incident with a view to rescuing the victim unhurt

He said, “Police operatives attached to Nasarawa Eggon Division raced to the scene while the Commissioner of Police, Mr. Adesina Soyemi immediately reinforced the men with a combined detachment of the Police Mobile Force, the anti-kidnapping unit, military personnel, vigilantes as well as local hunters.

.According to Daily Trust, Lawal was kidnapped at his residence in Nasarawa Eggon, the headquarters of Nasarawa Eggon Local government area of the state by gunmen.

The incident, which occurred on Monday, August 15, 2022, is said to be causing panic in the Nasarawa Eggon LGA of the state where a schoolteacher was killed by some gunmen on Saturday.

It was gathered that the gunmen stormed the residence of the information commissioner at about 8:45 pm and started shooting into the air, scaring residents of the area away before abducting him.

A family source reportedly confirmed the incident. It was learned that the operation lasted over 30 minutes before the arrival of security operatives.

The incident is coming 48 hours after a staff member of Government Science Secondary School (GSSS), Nasarawa Eggon LGA, Auta Nasela, was Killed by gunmen at the staff quarters around 8 pm on Saturday, while another teacher sustained injuries.