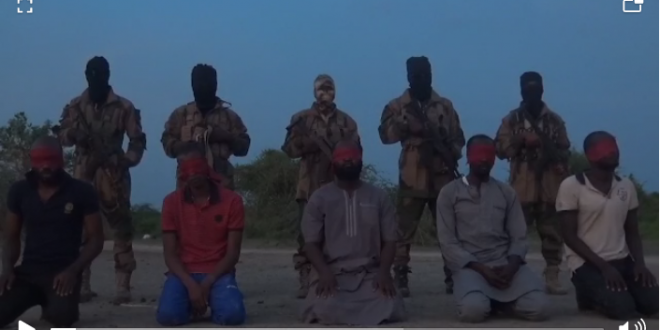 Boko Haram terrorists on Wednesday assassinated the four aid workers and a security guard abducted a month ago in Borno state.

It was learnt that the insurgents had earlier demanded 500,000 US dollars for the release of the aid workers.

They had made passionate appeal to the Federal Government as well as their organisation to intervene and secure their freedom in a video released last month.

The captives’ plea was contained in a two-minute video released by the Islamic sect, showing the humanitarian workers and staff of State Emergency Management Agency (SEMA), Action Against Hunger, Rich International, International Rescue Committee, and a private security guard urging the government to come to their rescue.