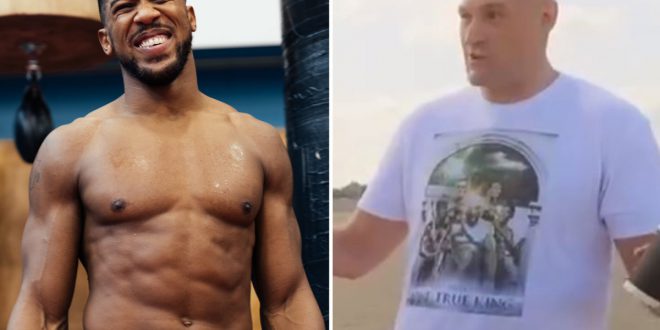 Tyson Fury has labelled Anthony Joshua a ‘chicken nugget’ as he took aim at his heavyweight rival’s chiseled physique.

The two Brits looked set to clash in an undisputed fight during the summer before an arbitrator ruled that Fury had to take on Deontay Wilder for a third time – a dust-up that will now take place on October 9 in Las Vegas.

Meanwhile, Joshua is concentrating on WBO mandatory challenger Oleksandr Usyk, who he will face at the Tottenham Hotspur Stadium on September 25.

Yet despite their respective fights drawing closer, that has not stopped them from taking aim at one another.

Joshua has blamed Fury for being the reason behind their clash collapsing, an opinion that was put to the WBC champion.

Speaking to Gary Neville on The Overlap, Fury joked: “Yeah, I backed out and I admit it. I’m scared of him.

“I fought the best men in the world in their prime and beat them, but I’m scared of this plum.

Fury and AJ will look to fight one another if they come through Wilder and Usyk.

Wilder recently accused Fury of faking Covid in order to postpone their bout from July to October.

The Brit was forced to delay the trilogy fight after testing positive for coronavirus, something the American still refuses to believe.

Speaking to 78SPORTSTV, Wilder said: “So many have died of COVID.

“To hear others using this as an excuse is just horrible. May they burn in hell for that.

“They contradict themselves so many times, it’s just ridiculous at this point.”

The pair fought to a controversial draw back in December 2018 in Los Angeles, a clash many felt Fury won after he climbed off the canvas in a dramatic 12th round.

They then went their separate ways with two fights apiece before getting back into the ring with one another 14 months later in Las Vegas.

And this time Fury was able to decisively rip the belt away from Wilder as he dominated the American, eventually stopping him in the seventh round.
Share 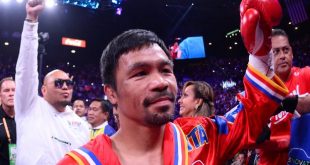