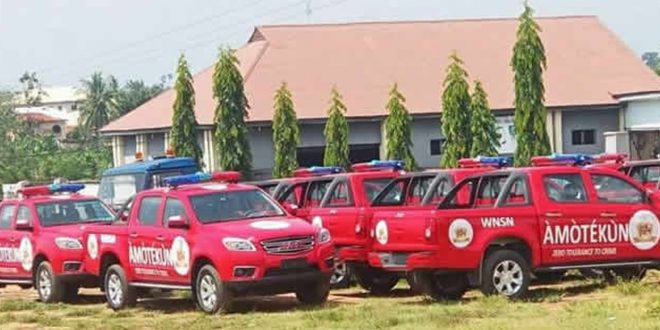 Operatives of Amotekun Corps in Ondo State have arrested some suspects in connection with the June 5 massacre at St. Francis Catholic Church, Owo.

The assailants left 40 people dead and about 60 others injured in the attack.

“We have recovered the last vehicle they used in the operation and we have made some arrests.

“We have recovered some vital things which we are working on.

“We are not stopping until we get to the root of this and I assure you that the perpetrators and their sponsors will be brought to book,’’ state commander of Amotekun, Adetunji Adeleye, said.

He made the declaration while parading 71 suspected criminals before newsmen in Akure on Thursday.

He said the 71 suspects were arrested within the month for cattle rustling, armed robbery, cultism, kidnapping, human trafficking and theft of commercial motorcycles.

Charles Igbinidu is a Public Relations practitioner in Lagos, Nigeria
@https://twitter.com/ionigeria
Previous Lewis Hamilton told to “step aside” from Formula 1 if Mercedes complaints continue
Next Senator Ekweremadu and wife to appear in court today for ‘trying to bring a child into the UK to harvest their organs’