Home / Life and Style / A ‘Virgin’, mysteriously gives birth to baby in China 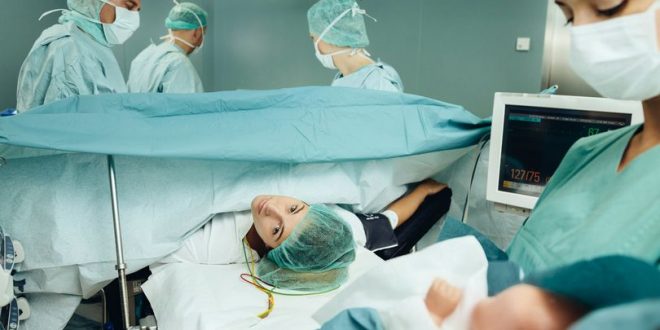 A pregnant woman who had 'never had a boyfriend' mysteriously gave birth to baby (stock image) (Image: Getty Images/Westend61)

A ‘Virgin’, mysteriously gives birth to baby in China

Woman in her 20s, from Guiyang, China refused to accept she was giving birth after being brought into a hospital with abdominal pains

A pregnant woman who had ‘never had a boyfriend’ mysteriously gave birth to a baby despite claiming to be a virgin.

The woman in her 20s, from Guiyang, China refused to accept she was giving birth after being brought in to a hospital with abdominal pains.

Doctors say that the educated woman, who was excessively overweight, had not noticed that she was pregnant because of her size.

They added that she was genuinely surprised that she had ended up with a baby when hospital staff told her.

She then complicated matters by insisting medics carry out a virginity test first before carrying out a C-section.

The incident happened at a hospital in Guiyang, capital of Guizhou Province, according to Guiyang Evening Post on February 15.

The woman ended up in the hospital’s emergency department after she was helped there by her parents and medics were stunned to learn that she was completely oblivious to the fact that she had started contractions – and was now going into labour.

When the obstetrician broke the news, the patient in her 20s reportedly said: “Impossible. It’s not possible that I’m pregnant!”

The physician, who declined to be named in the report, said: “She demanded that we perform a virginity test on her. It was very frustrating.”

According to hospital staff, the woman was adamant she could not be pregnant because she “doesn’t like men” and has “never had a boyfriend, much less sex”.

When her doctor asked whether it could have happened during some sort of drunken blackout, the patient claimed she was “allergic to alcohol and doesn’t touch booze”.

Medics suggested the woman was overweight, with her physique apparently masking the fact that a child had been growing in her womb for nine months.

“There was nothing more we could say to convince her that she was going into labour,” the doctor said

The hospital agreed to perform an emergency C-section on the woman and she gave birth to a baby boy on February 6, the second day of the new lunar year.

However, the newborn was handed to the woman’s parents after she refused to nurse him.

According to reports, the woman lives alone and, because of her weight and irregular menstrual cycle, never noticed she was pregnant.

None of her friends noticed either.

The hospital’s head of obstetrics said: “It’s not the first time we’ve had a mother who only realised she was pregnant right before giving birth.

“They are usually underage and lacking in knowledge about their physiology.

“But this patient is in her 20s and was educated, so we’re particularly surprised.”

The report did not say whether the patient planned to give her son up for adoption. It is currently unclear who fathered the child. 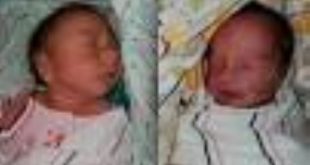 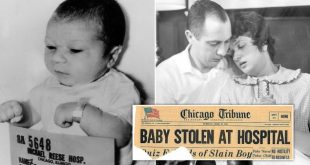 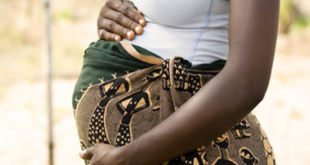