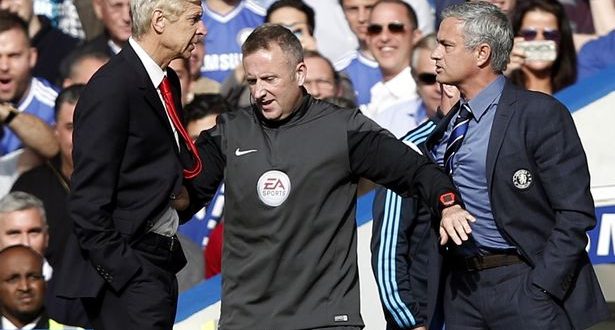 Jose Mourinho famously dubbed Arsene Wenger a “specialist in failure” – but he has now attempt to bury the hatchet with his former rival.

The pair are both out of work at the moment after Mourinho’s December sacking from Manchester United and Wenger leaving Arsenal at the end of last season.

The former Gunners boss was presented with a lifetime achievement award at Monday’s Laureus World Sport Awards in Monaco.

And Mourinho featured on a special video message congratulating Wenger, describing their “respect” despite a heated relationship.

He went on to describe him as “one of the best football managers in history” now their relationship has cooled.

“There were some episodes along the road,” Mourinho said

“I can only speak by myself. I really enjoyed the competition. But the real respect was always there.

“He made lots of history in that football club. The nickname is there – the ‘Invincibles.’ Amazing.

“He is one of the best football managers in the history of football.

A number of big names appeared on the video message alongside Mourinho, rewarding Wenger for his remarkable career.