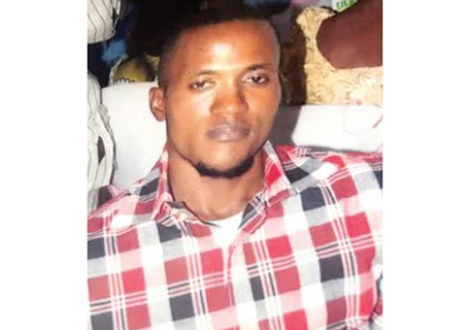 A 27-year-old man, Emmanuel Eghaghe, is on the run after he beat his mother to death for allegedly refusing to give him a sum of N20,000.

Emmanuel had reportedly visited the 61-year-old woman, Helen, at her shop on Jinadu Street, Ajangbadi, Lagos State, on July 6, 2018 and told her he needed the sum for pocket money.

He reportedly resorted to violence when the elderly woman said she could not afford the amount, slamming her head on the wall while he was struggling to get the money by force. She was said to have sustained an injury in the head.

While blood gushed out of her head, Emmanuel fled the scene. A resident, revealed that the case was reported to the police at the Ajangbadi Police Division and the deceased’s brother, who is based in Benin, Edo State, was notified.

The Lagos State Police Public Relations Officer, CSP Chike Oti, confirmed the incident, noting that the command had launched a manhunt for the suspect.

Previous They Were Just Cursing, No One Tried To Help, Professor Recounts His Accident Experience
Next Violence, Sex Mar Mayorkun’s Concert, As Davido’s Bouncer Beat Journalist