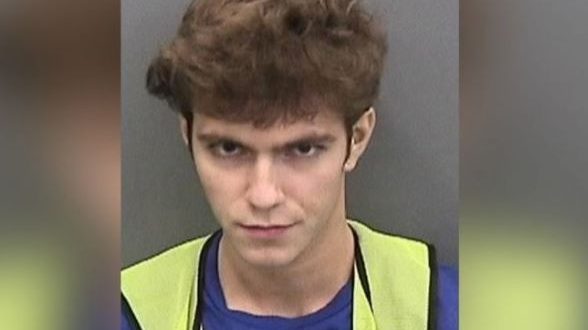 Graham Ivan Clark, 17, is accused of hacking prominent Twitter accounts. Prosecutors and the defense argued over whether the teen’s considerable assets were legally obtained

The teen accused of masterminding the Twitter hack of the accounts of celebrities and major companies in an illicit attempt to obtain Bitcoin had his bail set on Saturday:

But the defense attorney for 17-year-old Graham Ivan Clark said his client has more than $3 million worth of Bitcoin.

His bail is six times what he’s accused of stealing last month through an elaborate scheme that authorities say unfolded online on July 15. It involved manipulating Twitter employees, taking control of celebrity and company Twitter accounts and reaping $117,000 in the hard-to-track cryptocurrency within a matter of hours.

The agent said Clark hired 22-year-old Nima Fazeli of Orlando and 19-year-old Mason Sheppard of the United Kingdom “as proxies” to “manipulate” Twitter employees into giving up access to the company’s system. He declined to specify how Fazeli and Sheppard, who face federal charges in the Northern District of California, manipulated employees.

Twitter on Thursday updated a blog post it published after the scheme played out, calling the hack of its systems “social engineering” that targeted “a small number of employees through a phone spear phishing attack” to obtain their credentials and access to Twitter’s systems.

“This attack relied on a significant and concerted attempt to mislead certain employees and exploit human vulnerabilities to gain access to our internal systems,” the company wrote.

The New York Times reported in July that the hacker accessed Twitter’s internal Slack messaging system and gained control of special tools that could be used to take over any Twitter account.

Prosecutors sought bail at $1 million per charge for each of Clark’s 30 counts and argued Florida case law says he must prove the money used to post his bail was legitimately obtained.

“Because, based upon the conduct of this defendant, I believe it’s appropriate to assume that every single penny that this defendant has access to is by ill-gotten gains,” the prosecutor said. “And we’re talking about millions of dollars.”

Defense attorney David Weisbrod denied that his client’s assets were illegally obtained. He explained to the judge that Clark was the subject of a criminal investigation last year conducted by prosecutors in Hillsborough and Santa Clara, Calif. They obtained a search warrant and seized about $15,000 in cash from Clark, plus 400 Bitcoin, Weisbrod said.

When prosecutors declined to charge Clark in April, his defense attorney said, they returned to him the cash and 300 Bitcoin, which is worth more than $3 million. Weisbrod argued that legitimizes those assets.

“I can think of no greater indication of legitimacy than law enforcement giving the money back,” said Weisbrod. He asked the judge to set bail at $20,000.

The judge decided to set bail at $25,000 per 29 counts. For the 30th charge, the judge ordered that if Clark posts bail he must wear an electronic monitor and be confined to his home, except for visits to the doctor or his attorney. The judge barred him from accessing the internet on any device and ordered the 17-year-old to surrender his passport if he has one.

Some of the celebrities who authorities say were hacked by Clark included presumptive Democratic presidential nominee Joe Biden, Jeff Bezos, Mike Bloomberg, Warren Buffett, Bill Gates, Wiz Khalifa, Floyd Mayweather, Elon Musk and Kanye West. A handful of companies had their accounts hacked, too, including Apple and Uber. Twitter said the hackers had access to 130 Twitter accounts and tweeted from 45.

Clark faces 17 counts of communications fraud, 11 counts of fraudulent use of personal information and one count each of organized fraud for more than $5,000 and accessing a computer or electronic device without authority.

Charles Igbinidu is a Public Relations practitioner in Lagos, Nigeria
@https://twitter.com/ionigeria
Previous Boko Haram: ‘Nobody is safe. The matter is getting worse’, says Shehu of Borno
Next Missing Girl’s Mother Appeals to the Public 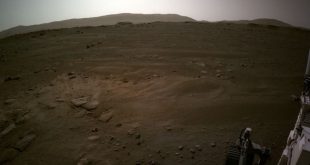