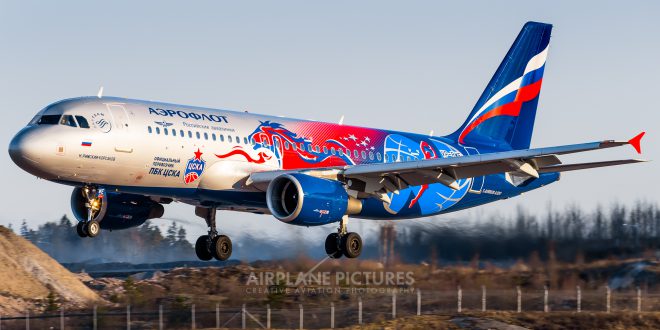 The government of the United Kingdom said on Thursday that it has frozen the assets of Russia’s state-owned Aeroflot PJSC and two other Russian airlines to prevent the companies from selling their unused landing slots at British airports worth an estimated £50 million ($62 million).

The country’s largest airline and flag carrier, along with its subsidiary Rossiya Airlines JSC and Ural Airlines JSC, were banned from operating in U.K. airspace in March. The measure means that any of their aircraft could be seized under British sanctions law if they use their landing slots.

The latest sanctions make it a criminal offense for U.K. businesses or individuals to interact with the frozen funds or assets. The sanctioned person or organization is prevented from transferring or selling its financial assets.

“The U.K. was one of the first nations to implement sanctions on Putin and his allies; we forbade entrance to their ships and planes, strangling them of the privilege to benefit from global trade and commerce,” Transport Secretary Grant Shapps said. The government has “built on the strong action” already taken against Aeroflot, Rossiya and Ural Airlines, he added.

The government also banned exports of aviation goods and technologies in March alongside related insurance or reinsurance services. The move caused major knock-on effects for London’s insurance market, which a head of an insurance broker’s trade body called “profound” in April.

The Westminster government added on Thursday that Russia’s crude oil exports tumbled by 30% in April, while the country’s GDP has fallen by approximately 8.5% to 15% in 2022, bringing it close to a major recession.

Despite the U.K.’s blanket ban on Russian aircraft or ships entering its airspace and waters, authorities seized a £38 million ($47million) yacht in March while it was docked in Canary Wharf, a major hub of London’s financial sector. The Financial Times later reported that the yacht was owned by Vitaly Vasilievich Kochetkov, funder of Motiv Telecom in Russia, through a complex ownership structure.

Sanctions caused 600 Western-owned aircraft worth around $13 billion to be stranded in Russia in March, putting insurers at risk of billion-dollar claims if the planes are effectively lost for their owners.