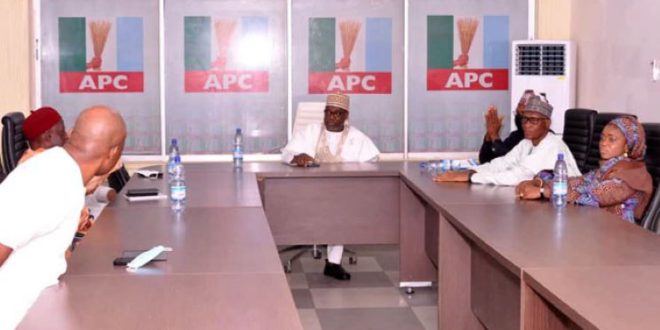 Niger Gov Presides Over APC-CECPC Meeting, Says He Has Been Acting Chairman

The Governor of Niger State, Abubakar Sani Bello on Monday presided over a meeting of the Caretaker/Extra-ordinary Convention Planning Committee of the ruling All Progressives Congress (APC).

This is amid the rumours of the possible sack of the Caretaker Committee Chairman of the All Progressives Congress, Mai Mala Buni.

The meeting was held at the APC National Secretariat in Abuja. 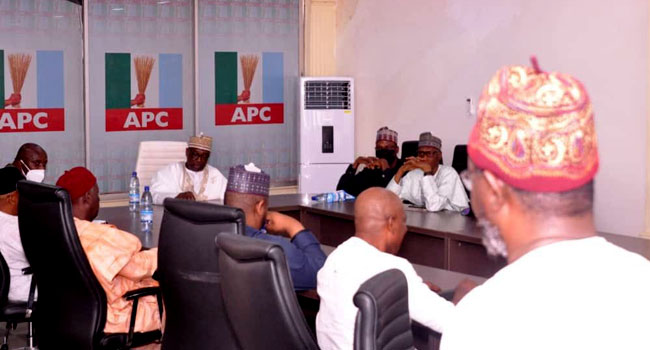 Photos shared on social media by the Governor show him seated in what appears to be the position meant for the Chairman of the APC-CECPC, Governor Mai Bala Muni of Yobe State.

“I am currently presiding over the Caretaker/Extra-ordinary Convention Planning Committee of the APC at the National Secretariat of the Party,” Governor Bello captioned the photos.

At the end of the meeting when he was asked by journalists if he is the acting chairman.

Bello said, “I have been acting Chairman for a while now.”