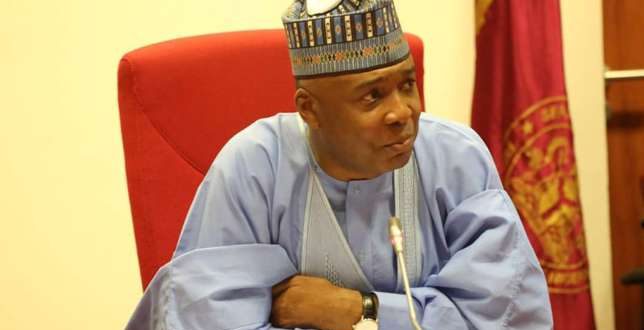 The National Assembly(NASS) has tabled a list of demands before the Muhammadu Buhari administration, asking it to implement them, lest they  invoke “the Constitutional Powers of the Parliament”.

The demands were listed as part of  the outcome of an emergency executive joint session of both chambers of the National Assembly on Tuesday. The meeting passed a vote of confidence on Senator Bukola Saraki, the Senate President, now the subject of police investigation over the 5 April robbery in Offa, Kwara state.

In contrast, the National Assembly members passed a vote of no-confidence on the Inspector General of police, who they want the president to remove because of what  they considered to be his “outright disregard for constitutional authority of both the executive and the legislature”.

The  lawmakers who met for over three hours in closed door, did not spell out  what the “constitutional powers of the Parliament”, is but legal pundits said the only power they have is to set in motion an impeachment proceedings against the President.

Among the list of demands, the legislators want the Buhari administration to  address the current security situation in the country.

They frowned at the constant harassment of legislators and other political actors, especially those who seem to hold a contrary view from the executive or those who are critical of the executive arm.

The legislative arm called on the executive to show sincerity in the fight against corruption, adhere to the rule of law and refrain from the “intimidation of Nigerians”.

They threatened that they may be forced to invoke their constitutional powers if the conditions were not met.

Below is the detail of the conditions from the Joint Session of the National Assembly:

1.The Security Agencies must be given marching orders to contain all the sustained killings of Nigerians and protect the lives and properties of Nigerians — as this is the primary duty for any responsible government.

2.The systemic harassment by the executive of perceived political opponents — people with contrary opinions in the legislature and the judiciary — by the police and other security agencies must stop.

3.There must be strict adherence to the rule of law and protection for all citizens by the President and all his appointees.

4.The President must be held accountable for the actions of his appointees and must be ready to sanction, those that carry out any act, that will ridicule or endanger the country and our democracy.

5.The government should show sincerity in the fight against corruption by not being selective and also prosecute current appointees that have cases pending against them.

6.The sanctity of the National Assembly should be protected and preserved by the federal government… and prosecute those who invaded the Senate to seize the mace.

7.Democratic elections must be competitive and inclusive by removing the current reign of fear and intimidation — particularly as we approach the forthcoming 2019 elections.

The President must take immediate steps to curtail the growing level of poverty and unemployment in Nigeria — especially now that we have an advantage of high oil prices.

We also hereby reaffirm our earlier resolution on the vote of no confidence on the Inspector General of Police, who does nothing but preside over innocent Nigerians with an outright disregard for constitutional authority of both the executive and the legislature.

The National Assembly will not hesitate to invoke its constitutional powers if nothing is done to address the above resolutions passed today.

Charles Igbinidu is a Public Relations practitioner in Lagos, Nigeria
@https://twitter.com/ionigeria
Previous I Want To Die, I Am Tired – World Oldest Person Begs As She Clocks 129 Years
Next Man High On Drug Reveals How He Killed His Girlfriend For Dating Another Guy