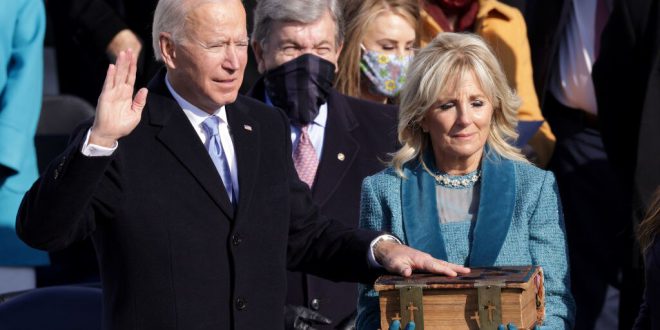 Joe Biden sworn in as US 46th President

After vowing to uphold and defend the Constitution of the United States, Joe Biden has officially been sworn in as US president.

His oath of office was administered by Supreme Court Justice John Roberts.

Biden was sworn in on a Bible that has been in his family since 1893 and was used during his swearing-in as vice-president in 2009 and 2013.

The same Bible was also used each time he was sworn in as Delaware senator.

The book itself is five inches (12.5cm) thick with a Celtic cross on the cover.

The family Bible was also used by his late son Beau when he was sworn in as Delaware attorney general in 2013. 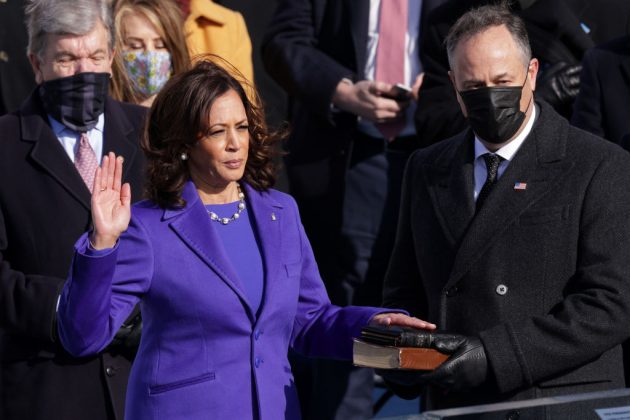 Harris, who resigned her Senate seat on Monday, was sworn in by Supreme Court Justice Sonya Sotomayor, the first Latina justice.

Harris’s swearing in makes her the highest-ranking elected woman in the United States government. In her role as vice president she will preside over the Senate, allowing her to break 50-50 ties and hand Democrats the Senate majority for the first time since 2014.

Harris got a standing ovation as she and her husband, Doug Emhoff, walked out onto the West Front of the Capitol. She stopped to greet Eugene Goodman, a Capitol police officer who was hailed as a hero after he led rioters away from the Senate chamber during the January 6 attack. Goodman escorted Harris into the Capitol on Wednesday.

She also stopped along the way to give first bumps to former President Obama, former first lady Michelle Obama and spoke with House Majority Whip Jim Clyburn (D-S.C.) as she awaited for the ceremony to get underway.

Charles Igbinidu is a Public Relations practitioner in Lagos, Nigeria
@https://twitter.com/ionigeria
Previous Nominations open for young people to join Commonwealth Youth Council
Next ‘No one need to panic’, all countries will have access to Covid-19 vaccines – WHO