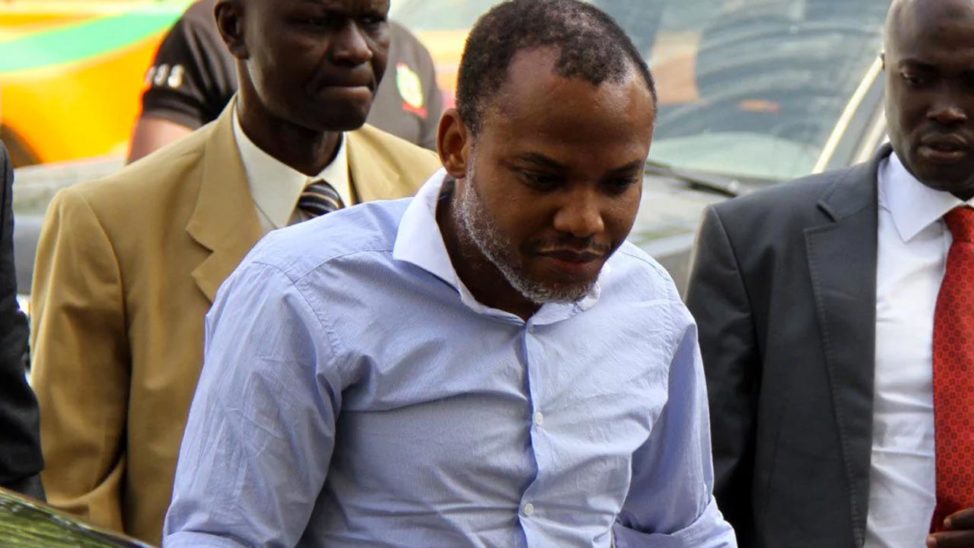 The Indigenous People of Biafra (IPOB) will globally protest against the continued detention of its leader, Mazi Nnamdi Kanu, by the Federal Government on September 23, 2016.

The group’s spokesperson, Emma Powerful, in a statement in Enugu, said the peaceful protests would hold worldwide except “Biafra Land and Nigeria” where only church services will take place.

He stated that markets, companies, industries and schools would close in solidarity, adding that the protest was part of efforts to ensure Kanu’s release.

He added: “We call on Okada riders, Keke drivers and transporters to withdraw their vehicles from the road on that day in solidarity with IPOB worldwide.

“We also advise every Biafran to switch off their communication devices, especially mobile phones on that day from 8:00 a.m. to 4:00 p.m. in solidarity. This will let the world know, including communication companies, that Biafrans are serious towards the release of their leader and the restoration of the ancient and sacred sovereignty of Biafra nation.

“The Directorate of State (DOS) of the Indigenous People of Biafra has determined that only Biafra Land and Nigeria are exempted from the street protests. However, any country with IPOB family units but declines participation will be shut down immediately by the DOS.”