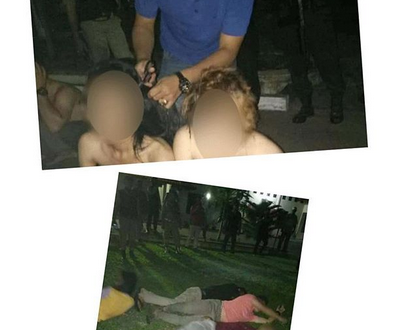 Police in Indonesia have detained 12 transgender women, cutting their long hair and saying they were “coaching” them to behave like “real men”.
According to BBC, several beauty salons in Aceh province were raided over the weekend and transgender women working there taken to the local police station. The transgender women, who were also forced to wear men’s clothes, will be held for three days.

Aceh is the only province in Indonesia that has strict Islamic religious law. The move has been condemned by human rights groups. Transgender women are known locally as waria, a word that combines the Indonesian words for men and women.

Local Police Chief, Ahmad Untung Surianata, told the BBC: “We are holding them for three days to give them counselling and coaching. It’s going well and now they are all acting like real men.”

While on the phone to the BBC, he yelled at the transgender women: “Are you still waria now?” They replied quietly, sounding clearly under pressure, that they were not.

He said his team had carried out the raid, dubbed “Operation Anti Moral Illness”, after neighbours complained about the “negative influence” the transgender community could have on their children.

The Indonesian National Commission of Human Rights has condemned the raids, saying the police acted outside the law and their actions were inhuman.