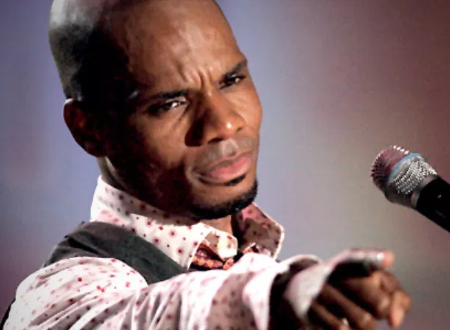 Gospel singer Kirk Franklin took to Instagram to criticise televangelist, Jesse Duplantis, who has asked his disciples to pray so that he can buy a $54million private jet as instructed by God.

The 68-year-old preacher already has three private jets but needs a Dassault Falcon 7X, which is a three-engine plane with a range of 5,950 nautical miles, so that he “can go anywhere in the world in which he stop”

This is Jessie Duplantis. A televangelist who has four planes, and is now telling us that “Jesus” wants us to buy him another one. I’m posting this because now that we see popular culture stand up to the injustices in mainstream society, I believe the church should do the same for its own as well. WE should take the lead when there is an abuse of power that affects our message to the masses; our silence can be as loud as the bigotry and racism we see in the public square. Many of these “ministries” built their wealth on the backs of poor rural minorities that put their trust in the hands of “god’s shepherds” only to see the prosperity benefit those doing the preaching. Again, there are GREAT Christian leaders, and there is NOTHING wrong with having a plane… but if the burden falls on the less fortunate and GREED is the check written by those drowning in socio-economic rivers of systemic disparities, GOD is not flying that plane. 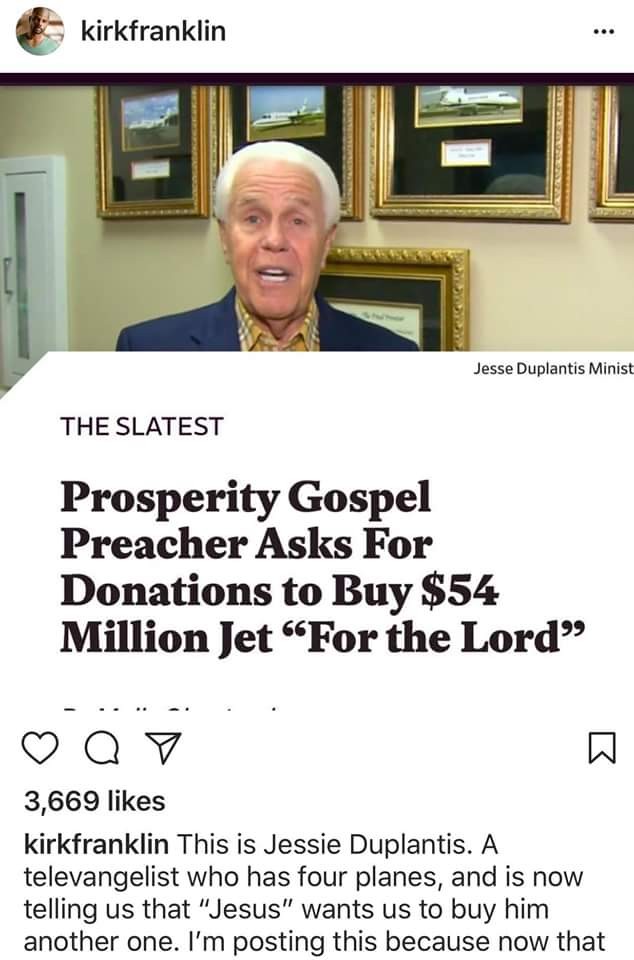 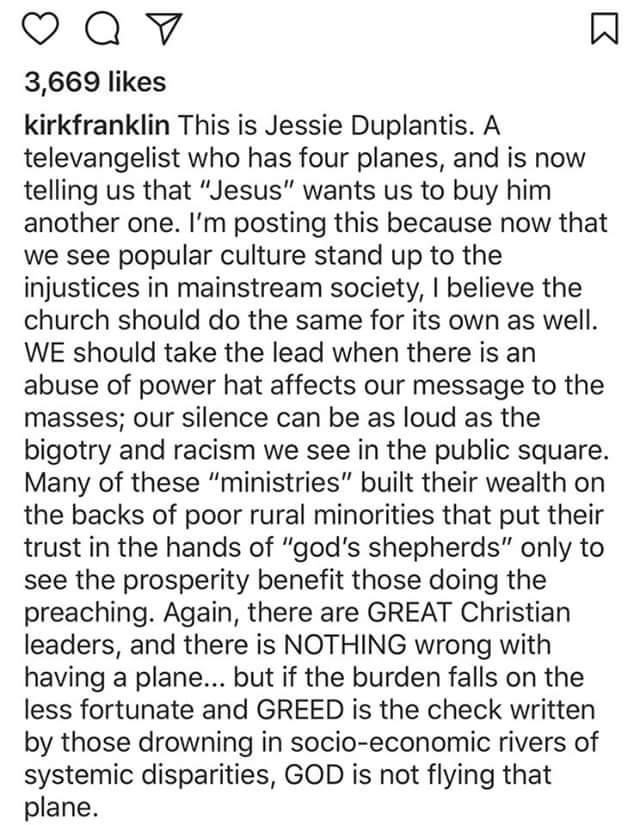