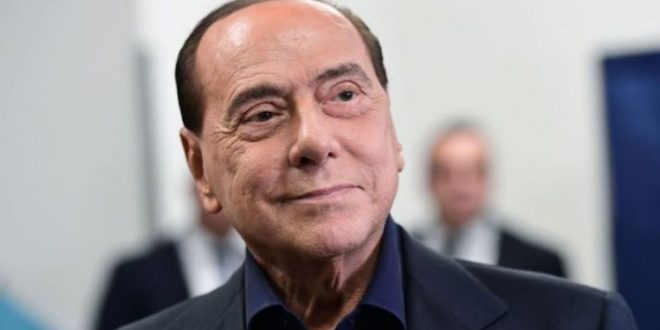 Italy’s former prime minister Silvio Berlusconi has been hospitalised “as a precaution” his entourage said Friday, after the media tycoon tested positive for the coronavirus earlier this week.

Berlusconi was taken to San Raffaele hospital in Milan on Thursday night after suffering “certain symptoms”, but there was “no cause for concern”, a statement said.

The AGI news agency said Berlusconi, who turns 84 at the end of this month, was hospitalised in a room that he often occupies when staying at the facility. AGI said this indicates that his condition is not serious, or he would be in intensive care.

Licia Ronzulli, a senator with Berlusconi’s Forza Italia party, said the former prime minister “spent the night in hospital to check on his condition… but he is fine.”

Berlusconi announced Wednesday that he had tested positive for the novel coronavirus and was in quarantine at home.

Two of his children – daughter Barbara, 36, and son Luigi, 31 – have also contracted the virus, as has his companion Marta Fascina.

Berlusconi, who once owned AC Milan, had insisted on Wednesday that he would continue his political activities.

“I will be present in the electoral campaign with interviews on televisions and in newspapers,” he said during a video-conference of Forza Italia’s women’s movement.

He recognised “the limitations imposed on my activities by testing positive for the coronavirus… but I will continue the battle.”

Regional elections are due to take place in two weeks as well as a referendum on reducing the number of Italian parliamentarians.

Well-wishes from both the right and left streamed in after reports he had contracted the disease — most likely while holidaying along Sardinia’s famous jet-set Emerald Coast playground.

Berlusconi, famed for his steamy dinner parties, grabbed headlines again in March after he reportedly split from his longtime girlfriend Francesco Pascale to date Fascina, some 53 years his junior.

At the time, the dating antics of the man at the centre of the famous “bunga-bunga” soirees brought Italians a welcome distraction as the coronavirus pandemic tightened its grip on the country.

The twice-divorced media magnate reportedly ditched Pascale for Fascina, an MP from his party.

In June, he announced in local media he aimed for a return to Italian football’s top table for the first time since selling AC Milan after his new club Monza was promoted to Italy’s Serie B.