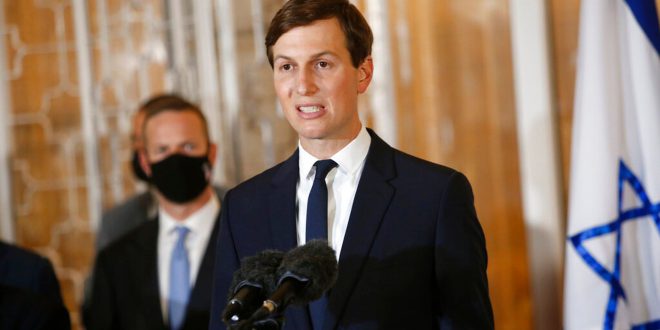 Jared Kushner was nominated along with his deputy for their roles in negotiating four deals between Israel and Arab nations.

Former White House senior adviser Jared Kushner and his deputy have been nominated for a Nobel Peace Prize.

The son-in-law of Donald Trump and his deputy Avi Berkowitz were nominated by one of the former US president’s lawyers for their role in negotiating four normalisation deals between Israel and Arab nations known as the “Abraham Accords”.

The deals are regarded as the most significant diplomatic breakthroughs in the Middle East in 25 years and were announced in a four-month span between August and December last year. 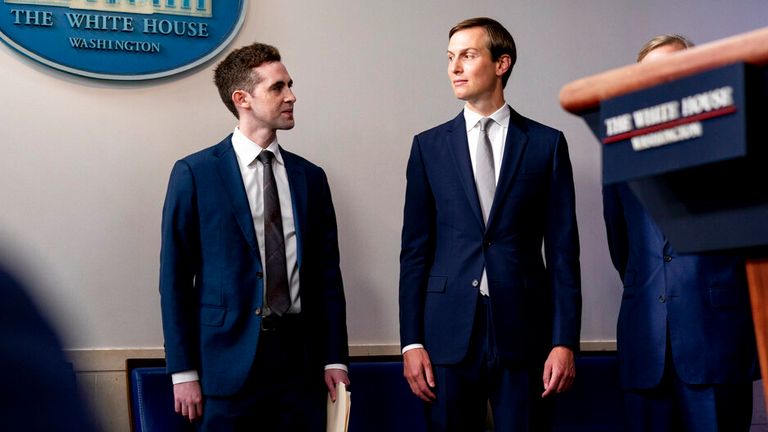 Avraham Berkowitz (L) has also been nominated for the prize. Pic: Associated Press

In his letter to the Nobel committee, Mr Dershowitz also cited the work of former US ambassador to Israel, David Friedman, and former Israeli ambassador to the United States, Ron Dermer, in the normalisation deals.

He appeared to suggest Mr Kushner’s nomination could be controversial.

“The Nobel Peace Prize is not for popularity,” he wrote.

“Nor is it an assessment of what the international community may think of those who helped bring about peace. It is an award for fulfilling the daunting criteria set out by Alfred Nobel in his will.” 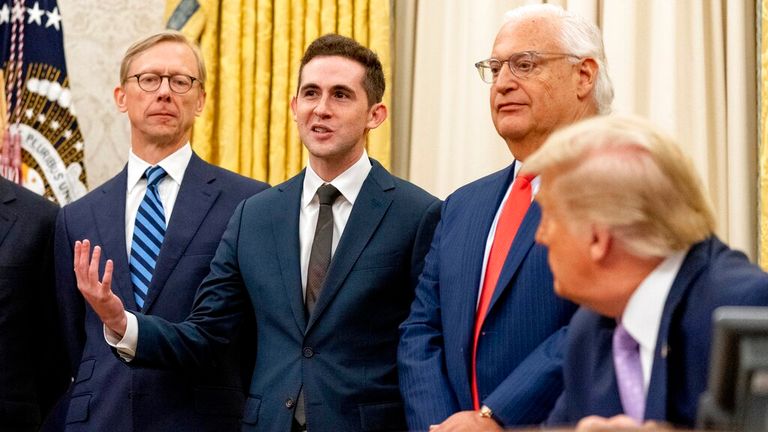 Mr Kushner, 40, said in a statement he was honoured to be nominated for the accolade, which will be awarded in October.

He and Mr Berkowitz were key figures in negotiating deals between Israel and the United Arab Emirates, Bahrain, Sudan and Morocco.

However, President Joe Biden’s administration is expected to review all national security deals struck during the Trump administration, including arms packages for the United Arab Emirates and Saudi Arabia.

Mr Dershowitz said in a Wall Street Journal article on 20 January that the Senate should dismiss the article of impeachment against Mr Trump over the 6 January storming of the US Capitol because he is no longer president.

Charles Igbinidu is a Public Relations practitioner in Lagos, Nigeria
@https://twitter.com/ionigeria
Previous Gunmen release orphans abducted in Abuja, took the woman that delivered the ransom hostage
Next Teenager in coma finally wakes up after 11 months with no knowledge about Covid pandemic