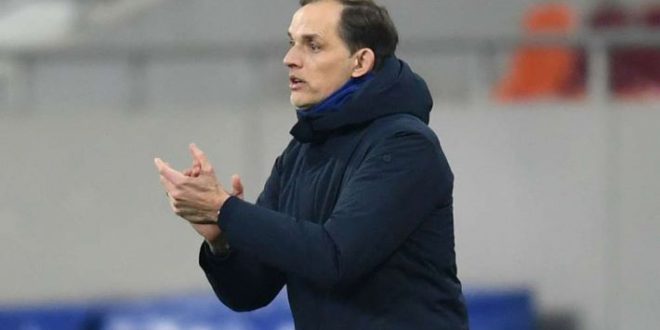 Boehly and his consortium are on the brink of officially taking over the club after the £4.25bn deal received Government and Premier League approval.

But the Blues will need to make up for lost time in the transfer market.

Sanctions placed on the club mean rivals have been able to conduct business with Chelsea’s potential targets.

Boehly though is keen to close the gap to Manchester City and Liverpool so will hand Thomas Tuchel around £200m to get things started, according to the Telegraph.

Although some of the £200m worth of funds is expected to come from player sales, with the suggestion Hakim Ziyech, Christian Pulisic and Timo Werner could all be flogged.

Cesar Azpiliceuta’s future is yet to be confirmed and the club are prepared to let Marcos Alonso leave if their valuation of the left-back is met.

Player sales, plus a cash injection from Boehly, would give Tuchel plenty of funds to play with this summer.

It’s claimed the club have drawn up an EIGHT-MAN centre-back shortlist following the departures of Antonio Rudiger and Andreas Christensen.

Sevilla defender Jules Kounde is top of the list, while there is also interest in RB Leipzig left-footer Josko Gvardiol.

The 27-year-old has just one-year left on his Etihad contract.

Midfield reinforcements are possible too, with West Ham’s Declan Rice and Monaco’s Aurelien Tchouameni both appreciated.

And once the takeover is complete the Blues can also work on handing out new contracts to current players.

Academy graduates Mason Mount and Reece James are both said to be in line for bumper new deals.

Goalkeeper Edouard Mendy could also be rewarded with fresh terms.

Charles Igbinidu is a Public Relations practitioner in Lagos, Nigeria
@https://twitter.com/ionigeria
Previous I’m Now Left With Nobody – Husband Of Woman Killed With 4 Kids By IPOB
Next Mo Salah confirms he is staying at Liverpool in boost before Champions League final