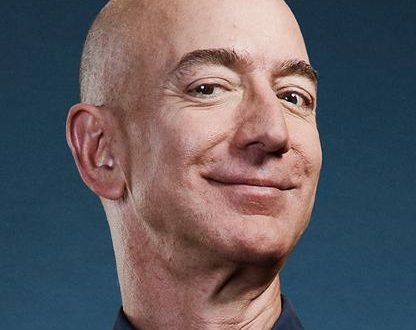 Amazon said Thursday that nearly 20,000 of its U.S. employees had tested positive, or had been presumed positive, for the coronavirus since the pandemic started spreading through the country this year.

The retailer has faced harsh criticism this year as hundreds of workers and critics have said it hasn’t done enough to keep employees safe as they work in its warehouses amid a surge in demand to send items to shoppers across the country.

Amazon said in a blog post that the number of employees who have had the illness includes its workers at its grocery store chain Whole Foods Market.

The tech giant has had a year of intense ups and downs due to the pandemic. Its sales have soared as people shopped more online, especially while shelter-in-place measures have been in place in many states.

But some employees pushed back publicly on its working conditions, and shipping delays caused customers to vent their frustrations online.

Amazon emphasized that is at a lower infection rate than the U.S. population’s, citing Johns Hopkins University numbers.

The numbers did not include the company’s delivery drivers, who are typically contracted workers, according to Amazon spokeswoman Kelly Cheeseman.

The numbers only show Amazon’s infection rate in the United States, and only includes front-line employees, such as warehouse workers and Whole Foods cashiers. The total number of Amazon front-line workers includes people who worked for the company at any point from March 1 to Sept. 19 — including workers who have now left the company. Warehouses have notoriously high turnover rates among workers.

In March, workers in Spain and Italy tested positive for the virus and joined those in the United States and across Europe in signing a petition that called on Amazon to adopt stricter safety guidelines, The Washington Post reported.

Since then, Amazon has rolled out stricter safety measures and started its own coronavirus testing lab to screen workers. Amazon said Thursday that it now conducts “thousands” of tests each day and has a goal to get to 50,000 tests daily at 650 sites by November.

Charles Igbinidu is a Public Relations practitioner in Lagos, Nigeria
@https://twitter.com/ionigeria
Previous “Only a stupid soldier would seize power today” — IBB
Next Coronavirus: Trump is taking two experimental drugs – what are they?