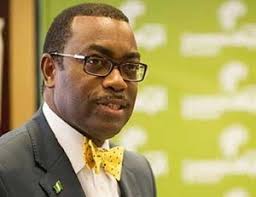 Nigeria’s image received a boost on Thursday before the international community as former Agriculture Minister Akinwumi Adesina formally received the 2017 World Food Prize Laureate award in the US.

Adesina was conferred with the laureate in Des Moines, U. S. during which he committed the 250,000 dollars cash prize to set up a fund for financing African youths in agriculture.

Adesina had been announced as the winner of the global feat by the WFP for his dogged determination and practical commitment to boosting agriculture and food supply chain both as Minister of Agriculture and President of AfDB.

Adesina, who is also the President of African Development Bank, commended his staff for the shared passion to feed Africa.

The former minister expressed gratitude to ex-President Olusegun Obasanjo for nominating him as minister.

Adesina also thanked former President Goodluck Jonathan for giving him the opportunity to serve as a minister.

He also thanked President Muhammadu Buhari for his strong support to achieve the feat.

“There wouldn’t be any rest for me until Africa feeds itself and for that, we need the youth.

“And so even though I don’t have the cash in my hand, I hereby commit my $250,000 as a cash prize for the WFP award to set up a fund fully dedicated to providing financing for the youth of Africa in agriculture to feed Africa.

“A day is coming very soon when the barns of Africa will be filled and all her children will be well fed when millions of farmers will be able to send their kids to school.

“Then you will hear a new song across Africa; thank God our lives are better for us,” Adesina said.

The Governor of Iowa, Kim Reynolds, who officially declared Adesina as the 2017 laureate winner of the WFP, said he was a man who grew out of poverty to create wealth.

Reynolds said that the laureate commitment and dedication in agriculture had impacted on lives of many, not only in Africa but around the world.

Former President of Ghana, John Mahama, attended the ceremony and other dignitaries from Nigeria and African countries.