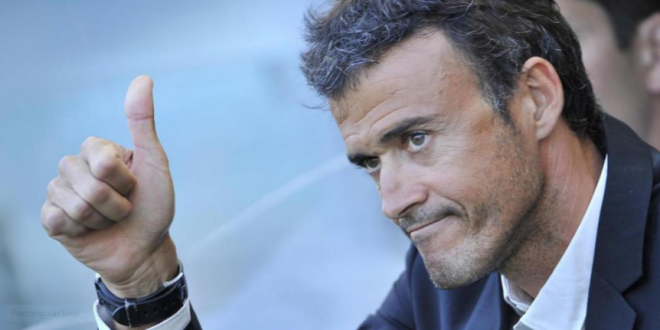 The president of the Spanish Football Federation,Luis Rubiales announced his appointment this afternoon at a press conference.

The 48-year-old will replaceFernando Hierro, who had taken over as interim coach following the sacking of Julen Lopetegui two days before Spain’s opening World Cup game against Portugal.

Julen Lopetegui was dismissed after he had unexpectedly given a short notice of resignation to Spanish Football Federation president Luis Rubiales to take over as the new manager of Real Madridfor the 2018-19 season.

According to reports, the board of the Spanish Football Federation unanimously approved Luis Enrique’s contract until the end of Euro 2020, and the new coach will come with his own backroom staff.

Luis Enrique will take charge of his first game on 31 August against England at Wembley, followed by the clash with Croatia on 11 September.