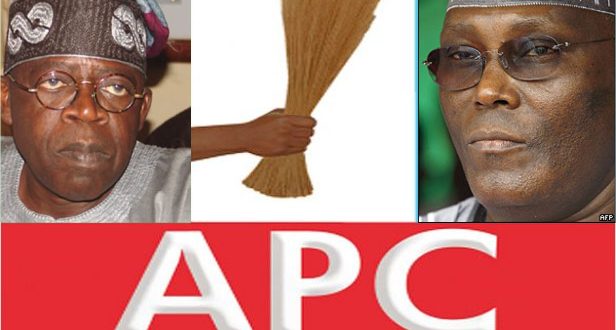 Former vice president, Atiku Abubakar has weighed in on the recent rejection of the devolution of powers to states bill by the Senate in a series of constitutional amendments.

Atiku expressed shock at the decision of the Senate to block the passage of Bill No. 3 which would have led to the devolution of powers to states. In a statement made available to PoliticsNGR on Thursday, Abubakar complained about the lost opportunity to fulfil one of the APC’s election promises which was to restructure the country.

“This blockage of the bill by an APC-led senate majority is a betrayal of our party’s pre-election promises. It was an important vote and I’m shocked by some so-called progressives’ visceral and cynical opposition to restructuring.

He expressed dissatisfaction over the “alleged reluctance of democratically elected lawmakers to remove the insidious structural impediments to development which decades of military rule had hoisted upon our nation.”

He argued; ““Instead of building the foundations for a true federation, a small group of so-called progressive senators decided to stick with the new party line, pretending they didn’t know what restructuring was all about, and that even if they knew, it couldn’t be done.

I think this is disingenuous, and I think it is a sad day for our party. But I’m confident the APC will learn the right lesson from this self-inflicted defeat and remember the mission and mandate given to us by the people”.

Atiku also advised Nigerian lawmakers to do what is right and not make decisions based on self-interest.

“Let me be clear: restructuring is no panacea to all our nation’s problems. But devolving resources and responsibilities from an overbearing, unresponsive, and ineffective Federal Government to the states is the first step we must make if we are serious about putting our nation back on track, and our people back to work,”

Previous Ngozi Okonjo-Iweala Appointed By Standard Chartered As Director, To Earn £130k
Next Video: It Will Be A Suicide Mission For Me To Battle The Senate President And House Of Reps Speaker