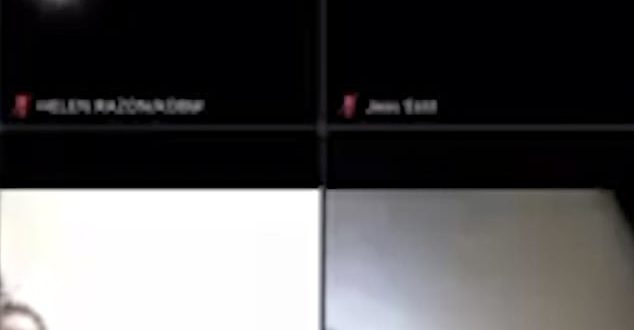 Unknowingly, the captain and the woman (bottom left) began performing sexual acts while their stunned colleagues watched on

Zoom Blunder! Government Official is caught having SEX with his secretary after accidentally joining Zoom meeting with his colleagues

Staff from Fatima Dos Village Council in the Philippines were hosting regular call on Wednesday. Their boss, Jesus Estil, joined the meeting but mistakenly left his camera on. He was seen performing sexual acts on woman who was named as his secretary. Neither have reported to office since clip was released amid calls for dismissal

A government official was caught having sex with his secretary after accidentally joining a Zoom meeting with his colleagues in the Philippines.

Staff from the Fatima Dos Village Council in Cavite were hosting their regular conference call on Wednesday before their boss, Jesus Estil, joined the meeting.

But Estil, who is apparently not so tech-savvy, had mistakenly pushed the wrong button and left his camera on.

The others began their discussions before the captain stood up and walked towards a woman seated on the sofa a few steps away from the computer.

Unknowingly, the captain and the woman began performing sexual acts while their stunned colleagues watched on.

The woman was later identified as his secretary who also does the accounting of the local government’s office. 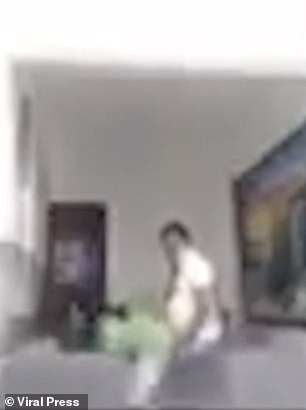 One of his colleagues was able to record the explicit scene.

The video was later made public and prompted some residents of the village to file a petition to oust the captain for misconduct.

The Department of Interior and Local Government (DILG) said that Estil will be relieved of his post as quickly as possible.

DILG Barangay Affairs Summons and Complains Chief Richard Geronimo said: ‘This is not simple misconduct, but grave misconduct. We will do everything to punish him.

‘Naturally, the staff member in question has asked for forgiveness but it is not that easy.’

Both Estil and the woman have not reported to their offices since the video was released.

Charles Igbinidu is a Public Relations practitioner in Lagos, Nigeria
@https://twitter.com/ionigeria
Previous Trump attacks niece who wrote critical book: ‘Unstable’ and ‘shunned’ entire life
Next Where we’re going! Japanese Company carries out test flight of a flying car – with hopes of launch by 2023