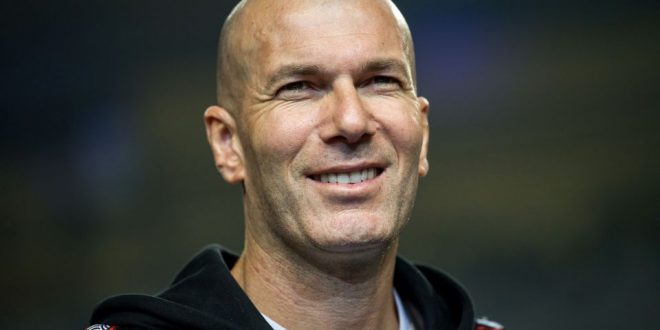 ZINEDINE ZIDANE has reportedly given conditions to accept the job of Manager to Chelsea Football Club.

The French legend is keen to talk seriously about taking over as boss and turn the Blues into contenders again at home and abroad with a £200m transfer kitty.

If he were to succeed under-pressure Maurizio Sarri, Zidane has a three-part wishlist:

1) New bumper deal for superstar playmaker Eden Hazard, keeping the Belgian to build a team around.

2) £200m to improve the squad — more if he sells players who are currently at Stamford Bridge but are out of favour.

3) A major say in recruitment alongside Blues director Marina Granovskaia.

SunSport revealed last week that Chelsea’s top brass wanted Zidane, who has won the Champions League three times as manager and once as a player at Real Madrid.

Sarri remains in charge for now and has some huge games coming up — starting with Manchester United at home in the FA Cup fifth round tonight.

The Carabao Cup final against Manchester City on Sunday also feels like a defining moment.

Sources close to Zizou have told SunSport he is not yet expecting to be given the job, as he respects that current chief Sarri is still in control of his own destiny.

He knows if Sarri wins the Carabao Cup — perhaps even the FA Cup — and qualifies for the Champions League in his first season as manager, that  is no mean feat.

But two defeats to the Manchester clubs this week could prove a fatal blow for the Italian.

Sarri oversaw the humiliating 6-0 defeat to Manchester City a week ago but he has vowed not to change his style.

Charles Igbinidu is a Public Relations practitioner in Lagos, Nigeria
@https://twitter.com/ionigeria
Previous El-Rufai lied over killing of 66 Kaduna residents — CAN, NEMA, Sani
Next Chelsea’s Sarri close to the sack after FA Cup loss to Man United