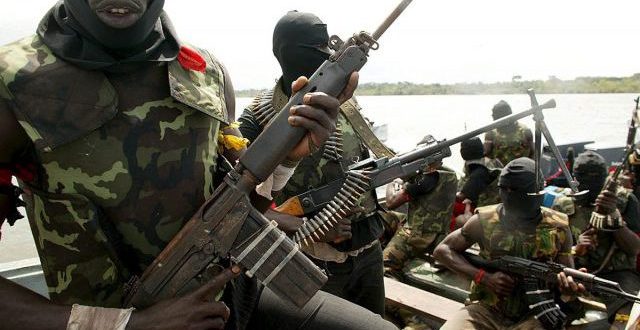 Bandits commanders in Birnin-Magaji Local Government Area of Zamfara, on Friday agreed to suspend attacks on the people at a dialogue meeting with the state government and security officials.

The bandits also said that the coast is now clear for all those displaced by the attacks to return home.

The agreement was reached at the palace of the Emir of Birnin-Magaji.

Present at the meeting were the state Commissioner of Police, bandits commanders, leaders of Fulani, Civilian Joint Task Force and local vigilantes known as “Yansakai”.

The bandits’ commanders at the meeting were: Ardo Nashawari, Audu Karki and Muhammad Bello, while the leaders of civilian JTF and vigilantes were Malam Garba Nasarawa-Godal and Alhaji Shuaibu Aliyu.

Speaking on behalf of the bandits, Nashawari, said with the suspension of the attacks, farmers were now free to return to their farms and other residents free to go about their normal businessess.

Nashawari added, “We believe with this dialogue,the Fulani can now go to markets, they can move freely without any hitch.”

“On behalf of the entire members of Civilian JTF and Vigilance Group Birnin-Magaji Local Government Area, we commend the state government for this dialogue, we abide by it,” he said.

On his part, the commissioner of police described the meeting as “fruitful” and restated the commitment of the command to rid the state of  banditry, kidnapping and other crimes.

“We are impressed with the comments of the warring factions, both of them have accepted the dialogue”, Nagogo said.

The National President of  MACBAN, Alhaji Ardo Kiruwa, described the dialogue as “succeeding”, noting that most of the markets that were hitherto closed due to insecurity, have been opened.

“We were told that the Fulani were seen in Shinkafi market yesterday”, he added.

Kiruwa called on the Fulani to cooperate with government and security agencies in order to maintain peace and stability in the state.

Also, Dauran, the special adviser on security, thanked the people of the state for their support and cooperation toward ensuring that the dialogue succeeded.

He cautioned against politicising the state government’s efforts at tackling the security challenges in the state.

“We are aware that some people are using politics to challenge the government’s efforts in this regard”, he noted.

The Emir of Birnin-Magaji, Alhaji Hussaini Maude-Dan’Ali, thanked the state government for initiating the dialogue and urged all parties to adhere to all the agreements reached during the dialogue.

“We are happy  with the outcome of this meeting, we are going to continue to support government towards ensuring the success of this dialogue”, the emir said. (NAN)