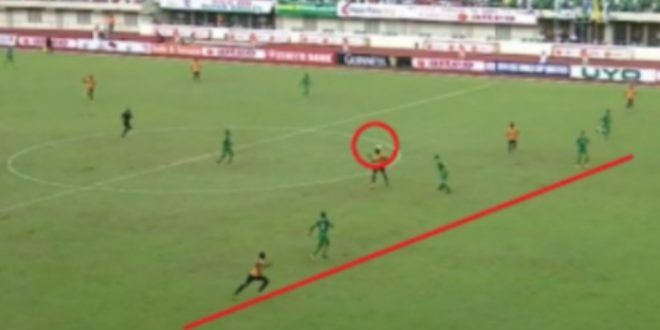 Some disgruntled fans of the Chipolopolo of Zambia have called on the Fédération Internationale de Football Association (FIFA) to order a replay of the match against the Super Eagles of Nigeria which they lost 1-0 on Saturday 90minutesgoal.com caught up with Stephen Eruaga and Kundah Pandawe, who are key members of the Zambian Supporters club shortly after the match in Uyo.

We are heading back to Zambia to work out modalities on how to present our case to FIFA for justice to be carried out. We scored a good goal and the decision of the referee did not help matters. Stephen Eruaga said

An aggrieved Kundah Pandawe could not hide his disappointment for referee Joshua Bondo’s decision to cancel Augustine Mulenga’s goal in the 24th minute.

FIFA recently ordered a replay of the World Cup qualifying match between South Africa and Senegal after the referee awarded a penalty for a nonexistent handball.

The referee Joseph Lamptey was banned for life due to his obvious match manipulation.