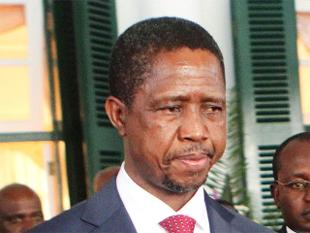 Zambian President Edgar Lungu has declared a state of emergency due to riots during which public properties were destroyed.

“This is not an easy decision to make, but in order to preserve peace, tranquility, safety of our citizens and national security, we had no choice but to take this decision given the events that have occurred in the recent past,” he said in a televised address on Wednesday.

Lungu said he has issued a statutory instrument to invoke Article 31 of the constitution which gives him powers to declare a state of emergency. The matter will however be tabled in parliament for approval by lawmakers, he added.

Lungu noted that the government has on several occasions advised citizens to desist from any irresponsible behavior and expressed sadness that this has fallen on deaf ears.

“There is no doubt in my mind that the intentions of the perpetrators of these irresponsible actions is to make the country ungoverned,” he said.

He however said the action will not affect law-abiding citizens as they will be allowed to go about their daily activities.

On Tuesday, Lungu warned that the government will be forced to take measures that will curtail rights of citizens due to lawlessness. It came after the burning of a busy and popular flea market in Lusaka, the country’s capital, the latest destruction of property by unknown people.

Last week, the police said they had intelligence information that some people were plotting to cause destruction to public properties.