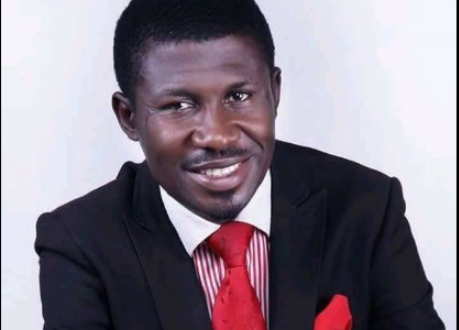 The group who were visibly angry, called on the Ebonyi State government and the Inspector General of Police to immediately to investigate as the stories that trail the death of their brother is indeed pathetic.

On the protest, the youths were seen with placards with inscriptions as stated below;

– Enough is enough, Onu-Odo-Edon, where is Ernest?

– Inspector General of Police, please, investigate the hands behind the murder of Ernest Odu.

– Because he said NO, they conspired and killed him.

– They are desperate, for saying no, they killed Ernest Odu (Barr) .

Barr. Odu before his death was the factional All Progressives Chairman (APC) Chairman in Ezza North LGA and was alleged to have collapsed and died during Ebonyi APC stakeholders meeting that took place at Barcelona Hotel, Enugu where many were in attendance.

However, the manager of the hotel and some party executives have been invited for questioning by Enugu State police command to ascertain the reason on why there was a clear attempt by some APC stakeholders and hotel management to conceal the death of the young man before his family raised alarm.

In response, the Ebonyi State Governor who was represented by the Chief of Staff, Dr. Emma Okorie, pleaded with the family members and protesters to be calm as the state government has received their outcry and assured them that whatever led to the death of their brother must be thoroughly investigated.