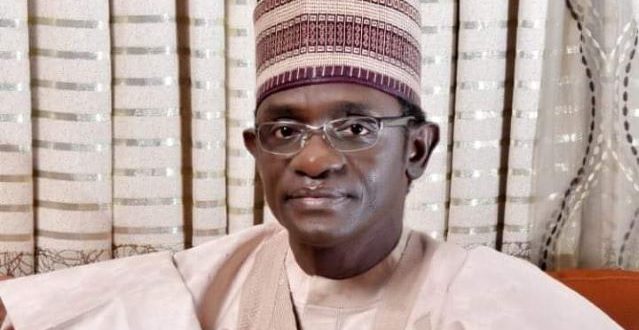 The whereabouts of Governor Mai Mala Buni of Yobe State have been unknown since Boko Haram insurgents swooped on Geidam on Friday.

It’s unclear if Buni is in the state or in Abuja where he usually spends most of the time attending to issues of the ruling All Progressives Congress (APC), which he chairs.

Buni has been in charge of APC since Adams Oshiomhole was sacked by a court.

Many residents of Geidam have been on the run since Boko Haram insurgents and the military exchanged firepower on Friday.

After airstrikes by the military, the insurgents beat retreat but they returned hours later and have been wreaking havoc on the town since then.

About 11 persons of the same family were reportedly killed as a result of an explosive that struck their home at Saminaka Area close to a military camp in Geidam.

A resident, Abba Nura, said nobody can authoritatively tell if it was the military or the insurgents who released the explosive.

“I heard the sound, but I can’t tell where it came from, whether it is from the military airstrike or the side of the insurgents because they engaged in a serious gun battle.

“Upon entering their house after the shooting had stopped, we found 11 of them died as a result of the injuries they sustained with no first aid support.”

He said the funeral procession cannot be performed in Geidam due to the current situation.

“We conveyed their corpses to neighbouring communities and Damaturu the state capital for the burial. We are just confused. The attack is so tragic; only God can save us.

“As I speak to you now, people are still fleeing the town, and the insurgents did not utter word when we passed in front of them.”

The Executive Secretary of Yobe State Emergency Management Agency; Dr Mohammed Goje, on his part said some survivors have been evacuated and are currently receiving treatment as directed by Governor Buni.