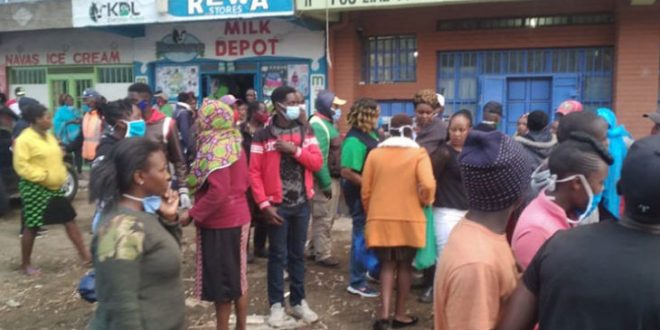 A 42-year-old woman has been arrested by the police in Naivasha, Kenya for reportedly killing her 4 children  (three girls and one boy) who are between the ages of 2 and 8 years.

The mother of 6 identified as Beatrice Mwende Kimotho, allegedly locked her children in the house before giving them poison at Kabati Estate.

K2TV reported that the police said they received a distress call from Jackson Kimani Kimotho, the woman’s brother saying that she had asked him to check on the children who she had killed at her house. He further revealed that his sister shared pictures of the children in a family WhatsApp group after killing them, asking for prayers.

Upon entering the two-bedroom house, the police found the bodies of the four children on their beds with traces of vomit and blood in their mouth.

“The accused first told her friend that her children were admitted to the Naivasha Sub-County hospital with chest pains before confessing a few hours later that she had strangled them.”

A police officer involved in the investigations added;

“She (the suspect) took turns to strangle the four and slept in the same house until today (Saturday) morning when she walked away from the house.

“We are at the very initial stages of the probe and at this point, we cannot divulge much details.”

The Naivasha Sub County Police Commander said they are continuing with the investigations to establish the motive of the killing of the minors.