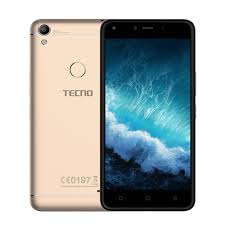 Woman Hands Over Her Grandson To Police For Stealing

An angry grand mother who caught her grandson, 24-year old Aminu Imran  stealing his friend’s phone has handed him over to the police for prosecution in Lagos. The incident happened at Igbojuwo Street in Itire area of Lagos where they resided.

It was reported that Imran was charged before Isolo Magistrates court and sentenced to three months imprisonment without an option of fine or community service for three weeks.

It was gathered that Imran’s friend, Ramoni Ayodeji kept his Tecno phone in a house where he was charging it. Imran went there, stole it, moved to Idi Araba area and sold the phone. He did not know that their grand mother saw him when he stole the phone but kept quiet.

However, when the owner looked for the phone, Imran joined him in searching for the phone and even asked his grand mother whether she saw who stole the phone.

The grand mother then asked the owner of the phone to go and bring the police, that she will take him to the person that came to the house and stole the phone who was living nearby.

P.M.Express gathered that both the owner of the phone, Ayodeji and Imran went to the police station and brought a police officer to the aged grand mother in order to take them to the person who stole the phone.

When they met the grand mother with the police officer, she pointed to her grandson, Imran as the thief.

He was arrested and charged before the Isolo Magistrates court.

The prosecutor, Oje Uagbale presented the facts and asked the court to sentence the suspect to serve as deterrent to others who might want to commit similar offence.

The Presiding Magistrate, Mrs. O.A. Teluwo found him guilty as charged and sentenced him accordingly.

The court also ordered him to return the phone to the owner when he was through serving his sentence.

Previous Girl Injures Her Ex-Boyfriend With Razor Blade After Slapping Her
Next Chinese arraigned for attempting to smuggle $.3m out of Nigeria