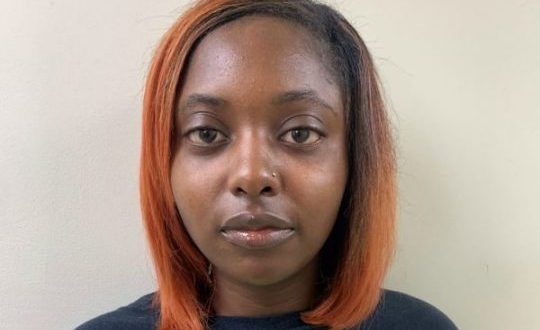 A pregnant woman should not initiate a fight, if she does, she will be endangering the life of the unborn child. That was the verdict of an Alabama grand jury.

A mother has been charged over the death of her unborn baby after a fight broke out with another woman.

Marshae Jones, 27, of Birmingham, Alabama in the United States of America was five months pregnant when she was shot in the stomach by Ebony Jemison, 23, on Dec. 4, 2018, police said.

Jones was rushed to a nearby hospital and recovered, but she lost her unborn baby girl.

A police investigation determined that Jones was at fault for the death of the unborn child because she allegedly initiated the fight over the baby’s father.

“The investigation showed that the only true victim in this was the unborn baby,’’ Pleasant Grove Police Lt. Danny Reid said at the time of the shooting. “It was the mother of the child who initiated and continued the fight which resulted in the death of her own unborn baby.”

“When a 5-month pregnant woman initiates a fight and attacks another person, I believe some responsibility lies with her as to any injury to her unborn child,’’ Reid told AL.com leading up to the indictment hearing.

“That child is dependent on its mother to try to keep it from harm, and she shouldn’t seek out unnecessary physical altercations.”

Charles Igbinidu is a Public Relations practitioner in Lagos, Nigeria
@https://twitter.com/ionigeria
Previous Pastor cries for help as wife demands bribe before sex
Next Musician born in Britain to Nigerian parents given 14 days to leave the country