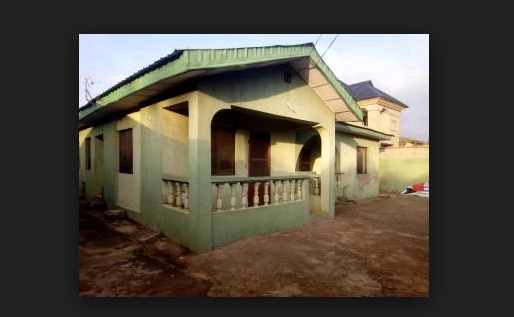 A 30-year old married woman, Mrs. Blessing David, has been arrested for allegedly taking photograph of her neighbour’s wife, Mrs. Charity, that she caught red handed having sex with their security guard in Okota, Lagos where they reside.

Mrs. Blessing David was arraigned before the Isolo Magistrates court, Lagos, for conduct likely to cause breach of public peace by taking Charity’s photograph.

According to the police, Mrs. Blessing had conducted herself in a manner to cause the breach of public peace by telling Charity that she had been having immoral affairs with their security guard, one Joseph Koomaali, employed by the residents.

To prove her claim, she was said to have used her Samsung Android phone to take shots of Charity.

Newsmen were unable to confirm if the photographs in question were taken during the sex romp as claimed by Mrs. Blessing but the police stated it in the court charge sheet.

That caused serious rift between Charity and Blessing which made Charity to go to Ago Police Station to report the incident. Mrs. Blessing was then arrested and taken to the station where she still maintained and told Charity to her face that she had been sleeping with Mr. Joseph.

However, the police viewed Blessing’s action as capable of causing breached of public peace and charged her to the court for the alleged offence.

It was gathered that Mr. Joseph was employed as the security guard and after some time Mrs. Blessing started suspecting Joseph’s closeness with Charity and secretly used her phone to snap them before she confronted Charity.

Mr. Joseph could not be reached by the reporter who visited the house to confirm Blessing’s claims as their neighbour said he had not be around since the incident happened.

However, some of the neighbours blamed Blessing for her attempt to put Charity’s marriage in jeopardy.

The neighbours reasoned that if such actually existed between Charity and Joseph, it was not Blessing’s business since Mr. Joseph was not her husband.

The defendant, Blessing was arraigned and she pleaded not guilty.

The prosecutor, Mr. Uagbale, asked the court to give a short adjournment to enable the police to prove the case against the defendant since she pleaded not guilty.

The Presiding Magistrate, Mrs. O.A. Teluwo, granted Blessing bail in the sum N10, 000 with one surety in like sum.

She was remanded in prison custody pending when she will perfect the bail condition. The matter was adjourned till 22nd October, 2018.

Previous How I paid $1m ransom to Evans: Witness
Next Sad: Girl, 15, Beaten, Hanged By Teens Who Tried To Rape Her”